In what is now becoming a tradition for the Baltic Pitching Forum, we’ll be welcoming back some former BPF alumni who will talk more about their experiences and share some tips on how to get films into the wider world.

WINTER IN THE RAINFOREST | TALV VIHMAMETSAS

Winner of the Baltic Pitching Forum 2015

In a hidden corner of the world there is a place where all impossible dreams come true. In a rainforest amidst lush nature fragile porcelain animals can be found. Strange white stony creatures are born in wild river streams, birds with feet like human fingers hunt for flying fish, vicious spiders catch miniature dancers into their traps… This is a surreal world inhabited by creatures never seen before. Time here passes in a strange way moving in an unexpected paste. As the film is shot in nature the changes of light create a strange shift between the passing of time and the movement of the characters. Tropical nature, ceramic creatures and Nordic music form a surreal world with bizarre sensation of seeing something unknown but familiar at the same time.

Production company: Nukufilm Studio deals with all kinds of puppet animation (stop-motion) techniques: puppet and cut-out animation, modelling, pixilation and computer animation. Some animation techniques worked out by our film team do not even have a name yet. Currently there are 25 people working for Nukufilm Studio, most of whom are qualified directors, artists, puppet makers, decoration artists, lighting technician, animators, operators and their assistants, montage technicians and sound editors. We hire other professionals depending on the extent and complicity of projects. 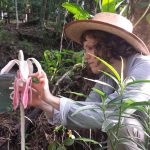 Anu-Laura Tuttelberg graduated MA degree in Animation at Estonian Academy of Arts in 2013. She made her first animation “Fly Mill” (“Kärbeste veski”, 2012), a puppet film, as her graduation film. “Fly Mill” was screened at about hundred festivals around the world and won more than 20 prizes including 6 Grand Prix. Her first film after graduation, a short animated film “On The Other Side Of The Woods” (“Teisel pool metsa”), premiered in June 2014 at Annecy International Animation Festival. She has made set designs for several short stop motion animations and given workshops of stop motion animation. 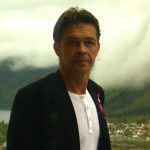 Andres Mänd studied Theatrical Directing in Estonia, Animation in Russia and Art Management in Finland. He worked as an animator in Nukufilm for 13 years and is currently the Head of Nukufilm Studio. He has animated over 40 puppet films, including TV commercials and music videos. Andres was an associate professor and the Head of the Animation department at Volda University College in Norway, producing the majority of the student films at Volda over the last 12 years. Andres has served in the past as judges on short or animated film festival panels in Norway, Cuba and Estonia.

Winner of the Baltic Pitching Forum 2016

We live in the same house, but in different apartments, jobs, situations, believes, visions. Each in our own compartment, we fool ourselves that the world is one and that it exists. Sometimes it seems that an incomprehensible thread becomes visible and I am on a verge of understanding… This film is about the other side of life – the scary, unknown side we never fully grasp, but we know is there, somewhere near, so close.

Production company: ART SHOT is an independent production company, focused on developing and producing artistic animated films. The founder and producer of the company, Agnė Adomėnė, aims to produce visually engaging animations with the potential for international co-production and distribution. In 2016 ART SHOT produced film “Ragnarok” (A short puppet animation directed by Urtė Oettinger and Johan Oettinger, Lithuanian – Denmark co-production) was awarded by Lithuanian Film Academy as The Best Lithuanian Animation Film of the year.

Skirmanta Jakaitė is both director and animator with experience in animation production since 1989. “The Juggler” is her third directed film. The previous films were also made using the technique of 2D drawn animation. A graduation film “We May Meet, We May Not” was screened at many acclaimed international film festivals including Ottawa IAF, Hiroshima IAF, Clermont-Ferrand ISFF. Her debute film “Non-euclidean Geometry” (co-directed with Solveiga Masteikaitė) was awarded with Ecumenical Jury Prize at Oberhausen SFF and received Special International Jury Prize at Hiroshima IAF as well as The Lithuanian Film Academy award. 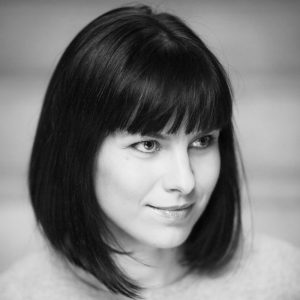 Creative producer Agnė Adomėnė focuses on developing and producing artistic animated films. In 2012 she founded production company ART SHOT, her first completed film “Ragnarok” (dir. Urtė and Johan Oettinger) was awarded by Lithuanian Film Academy and selected to many international festivals. Two of her latest animation projects won Baltic Pitching Forum – “The Juggler” by Skirmanta Jakaitė and “Elena” by Birutė Sodeikaitė. Agnė is one of the founders and a board member of the Lithuanian Animation Association, a member of the European Animation Awards, the Lithuanian Film Academy and the Independent Producers Association of Lithuania. Member of the Jury at Annecy International Animation Film Festival 2018.