Once again we’ll be welcoming back some former BPF alumni who will talk more about their experiences and share some tips on how to get films into the wider world.

Winner of the Baltic Pitching Forum 2014

Insecure and balding Leo (35) has closed himself in his apartment to try a hair growth liquid for fixing up his looks. The liquid causes a series of grotesque metamorphoses with his skin and hair and as Leo tries to get his bodily changes under control, the evening quickly turns into chaos.

Production company: Stellar Film is a production company based in Tallinn, Estonia, established in 2015 by producer Evelin Penttilä. They work with films that are mixing dynamic original ideas with an artistic and commercial core, blending genres and delivery platforms. Stellar Film aims at bringing Estonian talent to the world, but also participates in intriguing international films. Stellar produces original content, as well as providing production services – they are experienced users of the Film Estonia cash rebate measure. 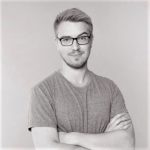 Growing up in a dull small town, watching action flicks and making silly short films was the perfect escape from reality. Today, these passions have become a career, as Oskar infuses his works with a love for genre, from comedy to gory horror. Regardless of the project or genre, there seems to be a common thread – a pinch of humor is always added. 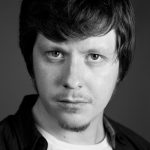 Ivar Taim is an Estonian cinematographer. He graduated from the Baltic Film and Media School in 2012 and continued his Master’s studies in Cinematography at the Norwegian Film School. Ivar has worked on several Estonian and international feature films and in 2017 was awarded Best Cinematographer at the Tallinn Black Nights Film Festival for The Manslayer/The Virgin/The Shadow (director Sulev Keedus).

Middle-aged Helen, who still hasn’t gotten over her divorce, is dragged to the nightclub on her birthday. Unable to give life a new chance, she ends the night as an intruder in her old home. 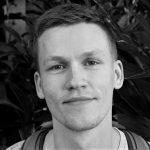 Tanno Mee (1983) graduated from the Baltic Film and Media School (BFM) BA program of Film and Video Directing in 2008 with the short film House of Memories. In 2010, Tanno premiered the short documentary Being Normal, commissioned by Estonian Public Broadcasting, and in 2014 another documentary, Allan Leida, Leida Allan – co-directed with Liis Nimik. Tanno’s short film, a sensitive and nuanced drama, Helen’s Birthday, screened at 13 film festivals (Lubeck, Scanorama, Helsinki IFF, POFF Shorts), won the Baltic Competition at 2Annas Riga IFF, was theatrically released in Estonia and nominated for the Estonian Film and TV Award. With his new short film New Beginnings, Tanno is exploring the genre of romantic comedy. 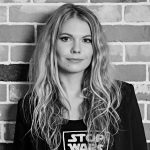 Marianne Ostrat graduated from BFM with an MA in Film Arts in 2009. She is the founder and partner of Alexandra Film and Fork Film Animation Studio and produces feature, documentary, and both live-action and animated short films. With Fork Film, Marianne co-produced the Swedish-Estonian animated short Amalimbo, which premiered at Venice IFF in 2016 and was nominated for the European Film Award. Marianne is a board member of the Estonian Film Industry Cluster and teaches producing at KinoEyes – The European Movie Masters MA program at the Baltic Film Media Arts & Communication School. She belongs to the EAVE network.

When the Lights Go Out is a fantasy movie based on a personal experience of the film’s director. The film tells a story about a teenage boy who is being bullied in school. The boy, named Mantas, creates his own guardian demon, who protects him from the bullies. However, it is not letting the boy live a normal life. The film’s timeline portrays one day at school, when Mantas’ classmates assault and beat up him badly. And here it comes, the guardian demon, ready for revenge.

Production company: Dansu is a vigorous company, dedicated to producing high class feature films, TV and commercials. The company was created in 2008. Dansu films has been creating short movies, some of which were sold to Eurochannel and Shorts.tv, and screened and awarded at international festivals. Dansu films was also part of the production of a few awarded international feature films and made more than 100 commercials, as well as receiving the Best Production House award at the national advertisement awards, ADrenalinas. 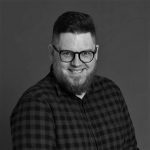 Jonas Trukanas is a young director of films and commercials, a graduate of the Film Directing course at the University for the Creative Arts, Farnham, United Kingdom. He is a two-time Berlinale Talent Campus alumni (2013 and 2017). Jonas has been participating in numerous other workshops, like TransAtlantic Talent Lab, InScript, and European Genre Forum. His short movies Book Smuggler, Ghost I Don’t Remember, The Trolleybus-Man and When the Lights Go Out have been screened all around the globe at various film festivals.