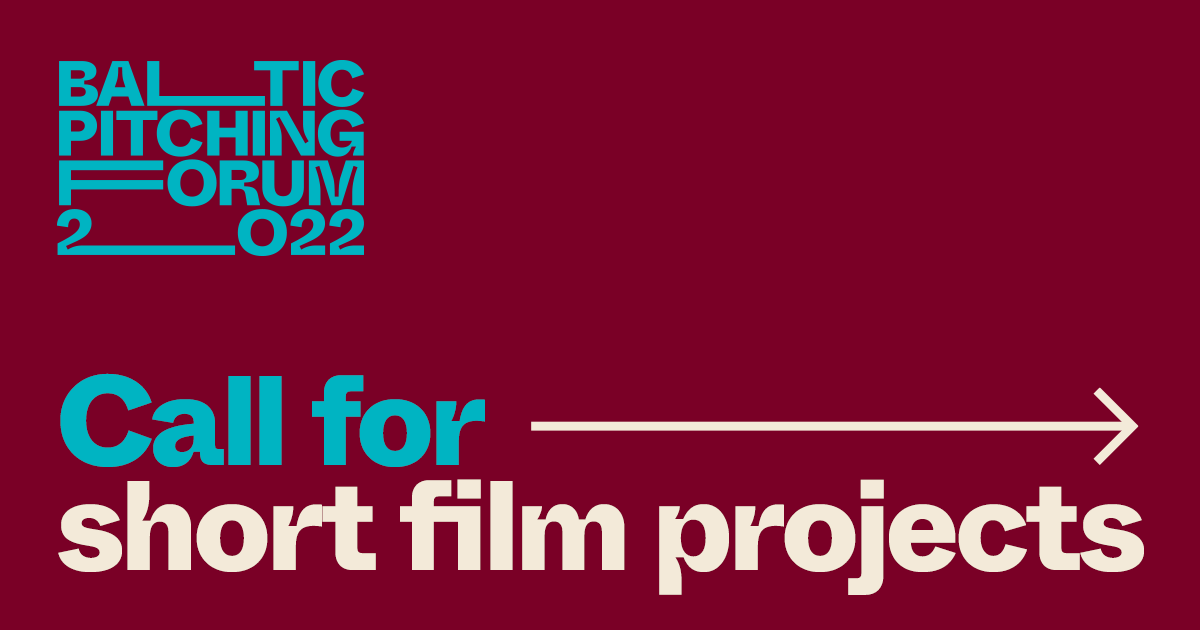 Alumni of the Baltic Pitching Forum include Lithuanian director Laurynas Bareiša who subsequently went on to win the Award for Best Debut Feature at the 2022 Venice Film Festival, Estonia’s Oskar Lehemaa whose project Bad Hair (pitched at the 2014 edition of the BPF) would go on to screen at the likes of Sundance and Fantasia and Latvian animator Lizete Upīte who would screen her film Riga’s Lilac (pitched at the 2016 edition of the BPF) at festivals such as Palm Springs and Dresden.

“While we had high hopes for the Baltic Pitching Forum when it was launched in 2013, we didn’t think it would become as big and an important event on the short film scene that it has become in such a short time. With numerous alumni – many of whom have made their mark on the film industry with both short and long features, a large number of completed projects and the addition of guest countries who have experienced the benefits offered by the Baltic Pitching Forum, we’re exceedingly proud of how we’ve grown. Yet, while 2022 will undoubtedly be a celebration of the past, we’ll be looking to the future as we continue to encourage the young generation of Baltic filmmakers whilst celebrating the collective strength of our film industries.”

The tenth edition of the BPF will take place between 6th and 8th October 2022 and will see selected filmmakers coming to Lithuania’s capital of Vilnius to discuss, get feedback and learn how to present and promote their newest short film projects. Participants will be tutored by pitching trainer and artistic adviser Gabriele Brunnenmeyer (Germany). In addition to this, with numerous influential film industry professionals on hand to watch and give feedback to the pitched projects, the event will not only help the participants gain greater knowledge and visibility, but at the same time potentially lead to successful development of co-production.

For the tenth edition of the Baltic Pitching Forum, Norway will be welcomed as the guest country.

Eligible applicants are Lithuanian, Latvian, Estonian and Norwegian film directors and/or producers who have finished at least one short film project and are developing new fiction, animation or hybrid projects which are up to 30 minutes and aimed at an international audience. The deadline for applications is July 17th 2022.