BSR2020 alumni Jaanika Arum shares her experience – “It’s important to open up and ask feedback from sources you trust. The Baltic Shorts Residency is a perfect opportunity for that” 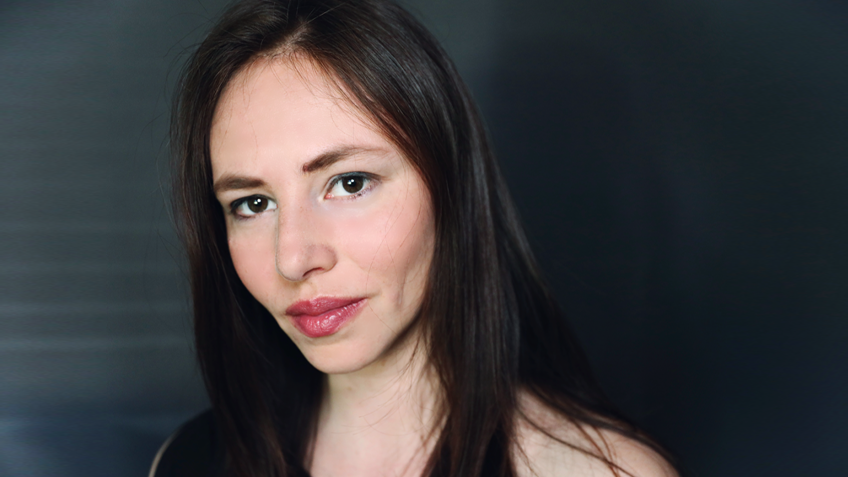 Jaanika Arum graduated from the Estonian Academy of Music and Theatre as an actress in 2014 and has worked extensively in both film and theatre. She has appeared in such films as Free Range by Veiko Õunpuu, The Days That Confused by Triin Ruumet, The Polar Boy by Anu Aun, and Purge by Antti J.Jokinen.

Alongside that she also holds a masters in contemporary art from the Estonian Academy of Arts and has created installations and held two solo performances (Falling.together.moment (Tartu New Theatre, 2015) and Betweenspace (Von Krahl Theatre, 2017)  as well as collaborating with different international and local artists.

In 2020 Jaanika Arum was one of three participants in the short film script development programme Baltic Shorts Residency with her project Skin of a Mandarin. Alongside Raitis Ābele from Latvia and Jorūnė Greičiūtė from Lithuania, she spent three weeks in the Kintai Arts Space in Lithuania during which time she got to work on her short film script whilst being mentored by script expert Wim Vanacker. The residency is organised by Lithuanian short film agency LITHUANIAN SHORTS.

We asked Jaanika to tell us about her experiences on the Baltic Shorts Residency, which ranged from the importance it had for her work to the nocturnal wildlife in Kintai. 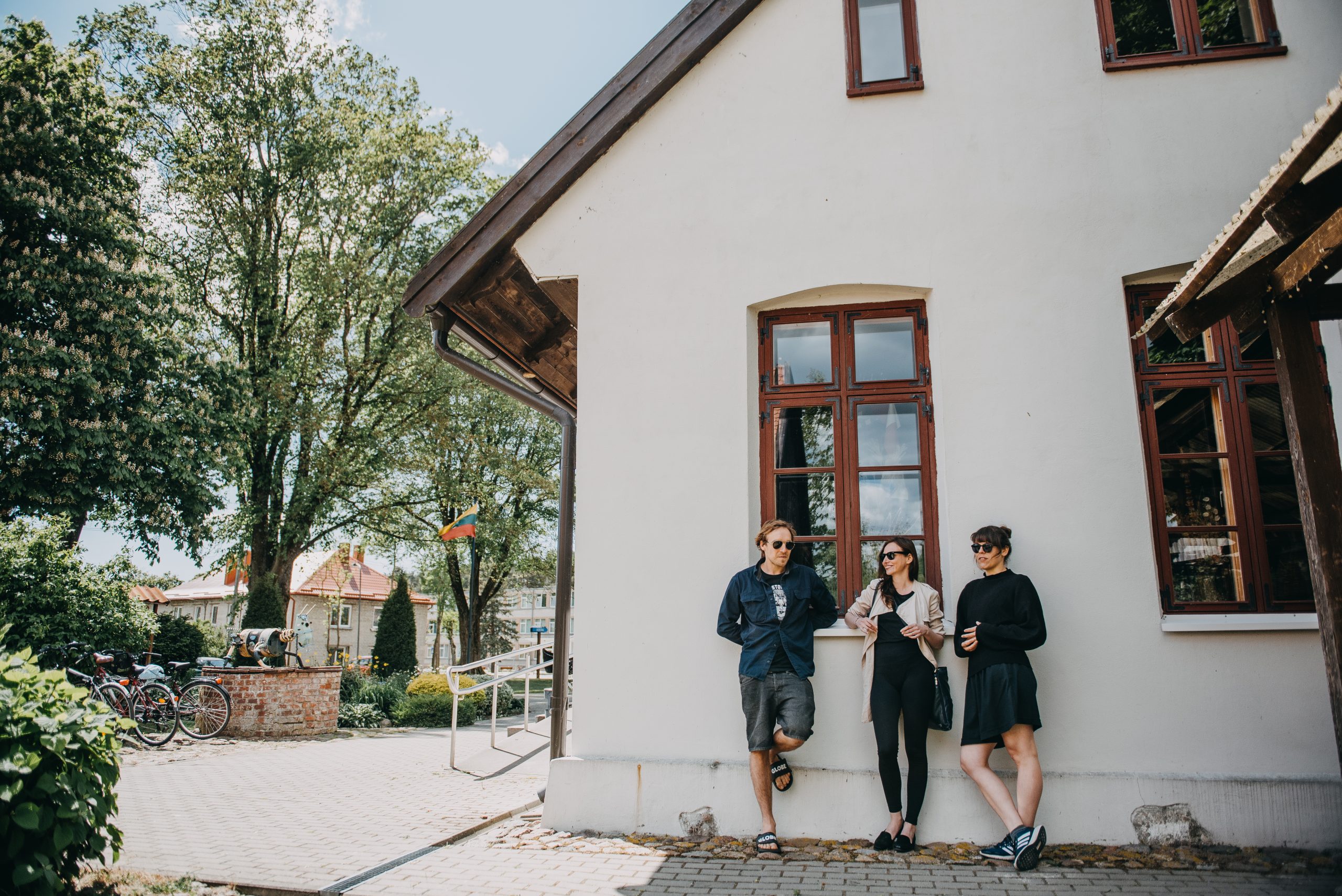 – Tell us about the SKIN OF A MANDARIN, the short film project with which you visited the Baltic Shorts Residency.

Jaanika Arum: It’s based on a true life event and follows a young woman who wants to say goodbye to her mother in her own way – by dressing the body for the funeral with her own hands. But this act is not allowed.

My relatives live in Siberia. For them taking care of the deceased’s body is an intimate act done by relatives, from washing and dressing the body to communicating with the spirit. The connection with the dead body and the way death is managed fearlessly is very different from what I’ve encountered in Estonian urban society. The procedure concerning the body of the deceased usually takes place quickly and in a complicated process that requires knowledge and skills from specialists. Through my close ones I have seen a lot of fear and confusion associated with death and not knowing how to handle the process of grief.

In the current climate, where we now have even more rules, death has become even more anonymous creating even more fear and anxiety. I believe that the process of grief in its essence is a beautiful experience even in its sadness.

– What made you apply to the Baltic Shorts Residency?

I had been working on the script for a while and I asked my friend, who is a producer, to read it through – as I respected her a lot as a producer I wanted to know if she saw potential in it or if I should leave it there. I was quite shy about my work with the script during that time, only a few people knew about me writing. She contacted me after reading the script and told me that in Lithuania there was a very good platform for script development called the Baltic Shorts Residency and I definitely should apply, but the deadline is in three days. “Can you make it?” she asked. I could. And that is how I ended up as part of the Baltic Shorts Residency in 2020 and also how I got myself a producer for the film as well.

– Can you walk us through a typical day at the BSR and how it worked? 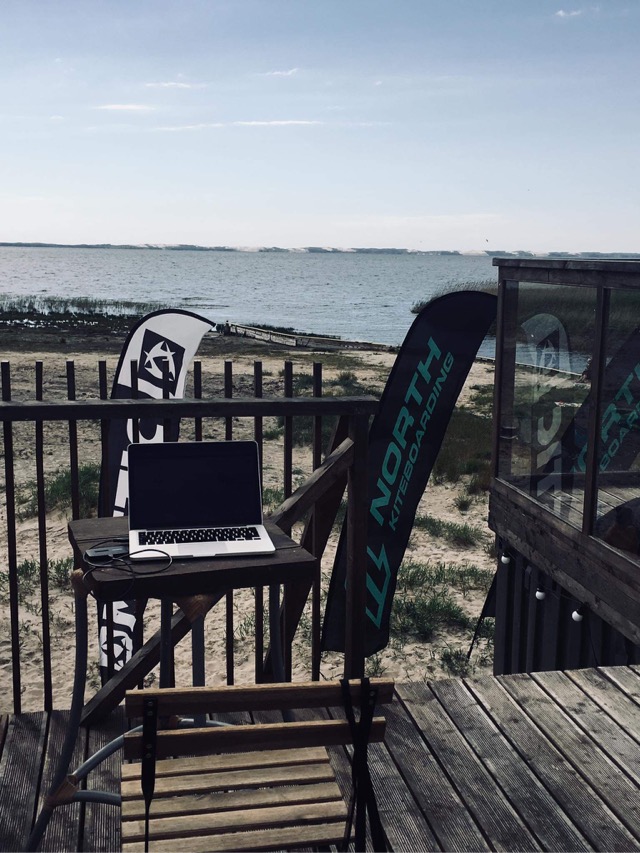 I don’t think there was a ’typical’ day. For me, being in a new environment for the first time, where  everything is exciting, it was impossible to see the day as something typical. Especially since it was after the first lockdown, during which my scenery had mostly been the walls of the apartment. Going to Kintai gave a sense of freedom as the borders between the Baltic countries were opened just a bit before the residency started.

Swimming in the sea was one thing that was part of every day. The sea is only a five minute bicycle ride from the house. Another typical thing I can recall is bird watching as behind the window of one bedroom was a stork nest and throughout the three weeks I watched the process of the baby birds growing. They became like family members and it was euphoric to see them flying out of the nest for the first time.

The work itself took place all the time in different forms every day for me. For example: sometimes I created an office on the rooftop of a surfhouse by the sea. One day I took a trip to Nida and sat for five hours on one spot in the middle of the massive dunes, watching the incredible scenery and going through the script in my mind.

In the moments when my head needed a rest from the script it was possible to have long bicycle rides as all the residents had their own bicycle for that time. I took kitesurfing lessons and we had film evenings in a barn with a huge screen.

Eating together, driving to see a city close by, going to the sauna, drinking wine with fellow BSR participants Raitis and Jorune gave us opportunities to discuss our work, which was very important as all of us were in the same situation. Verbalising ideas and asking each other questions about the projects helped us all to move from ’inside our own heads’ and to move forward with ideas. Somehow, the three of us fit together very well even though we are very different people. It was very easy to be together.

And Wim Vanacker was an incredible consultant and a huge help along the way, as we had Skype sessions with him once a week. These were the most intense days, which made my heart beat faster – it was important to get the maximum from these consultations. 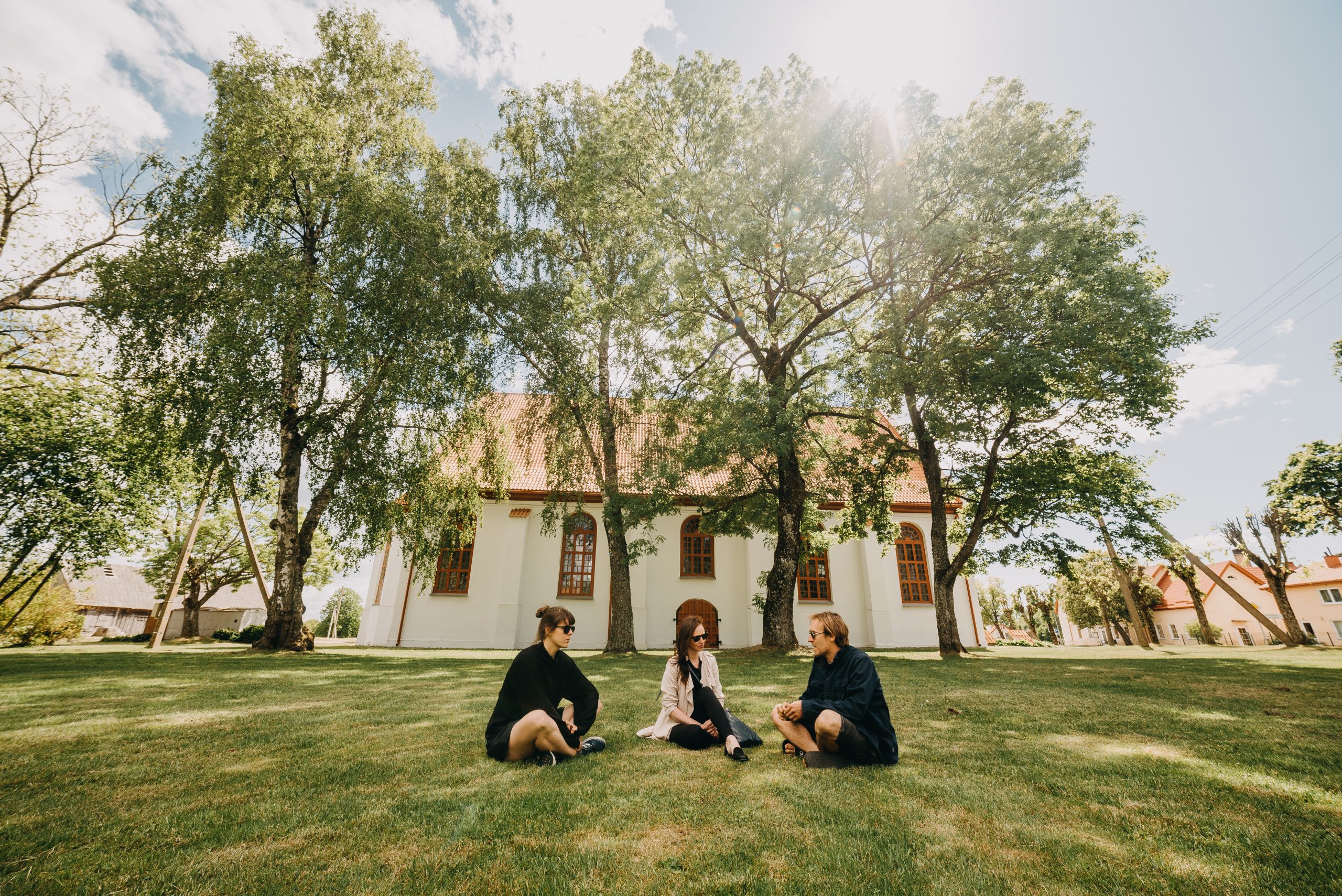 – What did you take away from your time at the BSR?

One thing I learned is that while – yes – self-discipline and working hard in isolation is still the main requirement when writing a script, it is also extremely important to open up and ask feedback from sources you trust. The Baltic Shorts Residency is a perfect opportunity for that.

– Tell us about some of the things that happened after the BSR, such as the fact you were lucky enough to be selected for the Baltic Pitching Forum.

The Baltic Pitching Forum – despite being online – was so beautifully organised by Lithuanian Shorts that the human connection came through the screen, which is a very big thing in my opinion. The most beautiful and unexpected thing was that Skin of a Mandarin received a prize there, which gave it the opportunity to be part of  Euro Connection, part of the Clermont-Ferrand International Short Film Festival

Soon after the Baltic Pitching Forum, which is held in Vilnius, we found the very talented DOP Ugnius Tuleikis from Lithuania as well.  His ideas resonated with the project in a beautiful way. It is a very interesting coincidence that now we also have a team member from Lithuania. I must say that the contacts I’ve had in Lithuania have helped me to progress a lot in 2020. And there I’ve had some of my best moments of the year 2020 as well.

The project has also received finance from the Estonian Film Institute and Estonian Cultural Capital. So it seems that we are slowly but steadily moving in a positive direction. 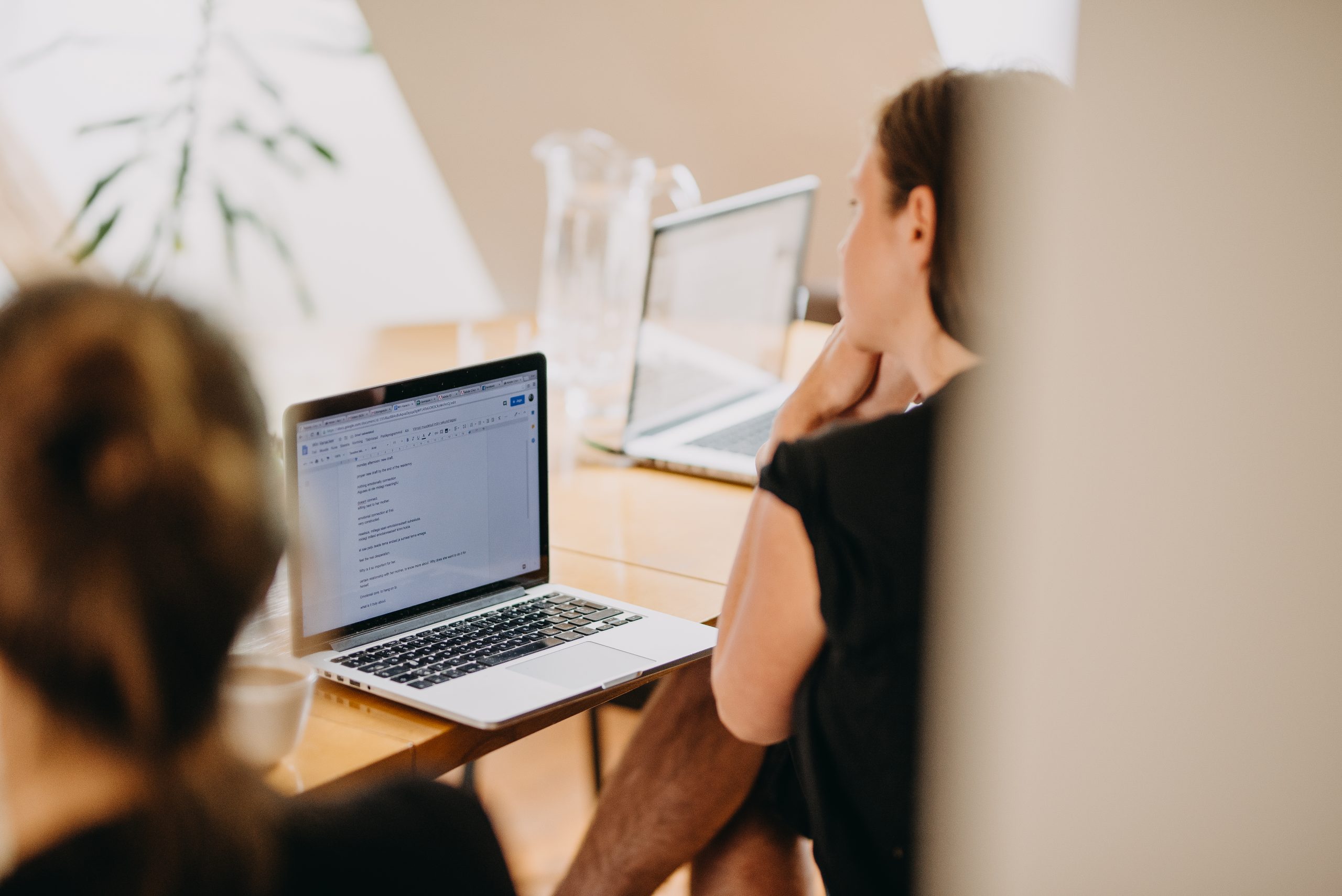 – What advice would you give to new BSR participants?

My first suggestion is to fight for your main idea, but trust Wim. Go with the flow, experiment and play around with the script and fantasise as much as possible. This is the safest environment for that as Wim was by my side all the time and helps to hold the main core of the story and pushes it forward to make it unique.

Also three weeks is such a short time. I see it as a highly intense time dedicated to disciplined work (though with a lot of fun as well) and I would really recommend to just leave your life at home behind for this time, don’t take other obligations along with you and use the time to be on that spot with that project at that time.

– What else would you add?

There are a lot of bats in Kintai – an incredible amount. Just walk on the street in the darkness, look at the trees by the road and it will be an experience.