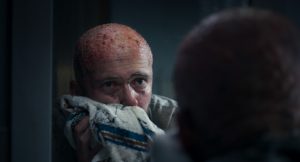 “Bad Hair” became the first Estonian film to win the short film competition of the Haapsalu Horror and Fantasy Film Festival (HÕFF) at the festival’s closing ceremony this Sunday.

“Bad Hair” directed by Oskar Lehemaa, was awarded the Silver Méliès (Méliès d’Argent) which grants the film the opportunity to compete for the Golden Méliès at the annual gala of the Melies.org – European Fantastic Film Festivals Federation. The 14-minute short film, Estonia’s first entry in the body horror genre deals with the topic of hair loss, as the protagonist orders a mysterious hair-growth serum that has undesired effects on his body.

The film was produced by Evelin Penttilä at Stellar Film, a production that lasted over five years. It was originally pitched as part of the Baltic Pitching Forum in 2014 – an event co-organised by PÖFF Shorts alongside Lithuanian Shorts, Estonian Short Film Center, 2Annas ISFF and RIGA IFF / Riga International Film Festival where it won the opportunity to represent the Baltics at Euro Connections – Clermont-Ferrand Film Festival’s co-production market. The film also received crowdfunding in Indiegogo. 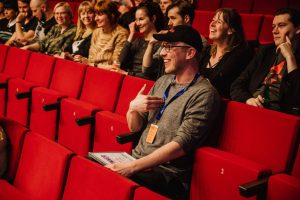