Interview with Rimantė Daugėlaitė, Head of the Baltic Pitching Forum 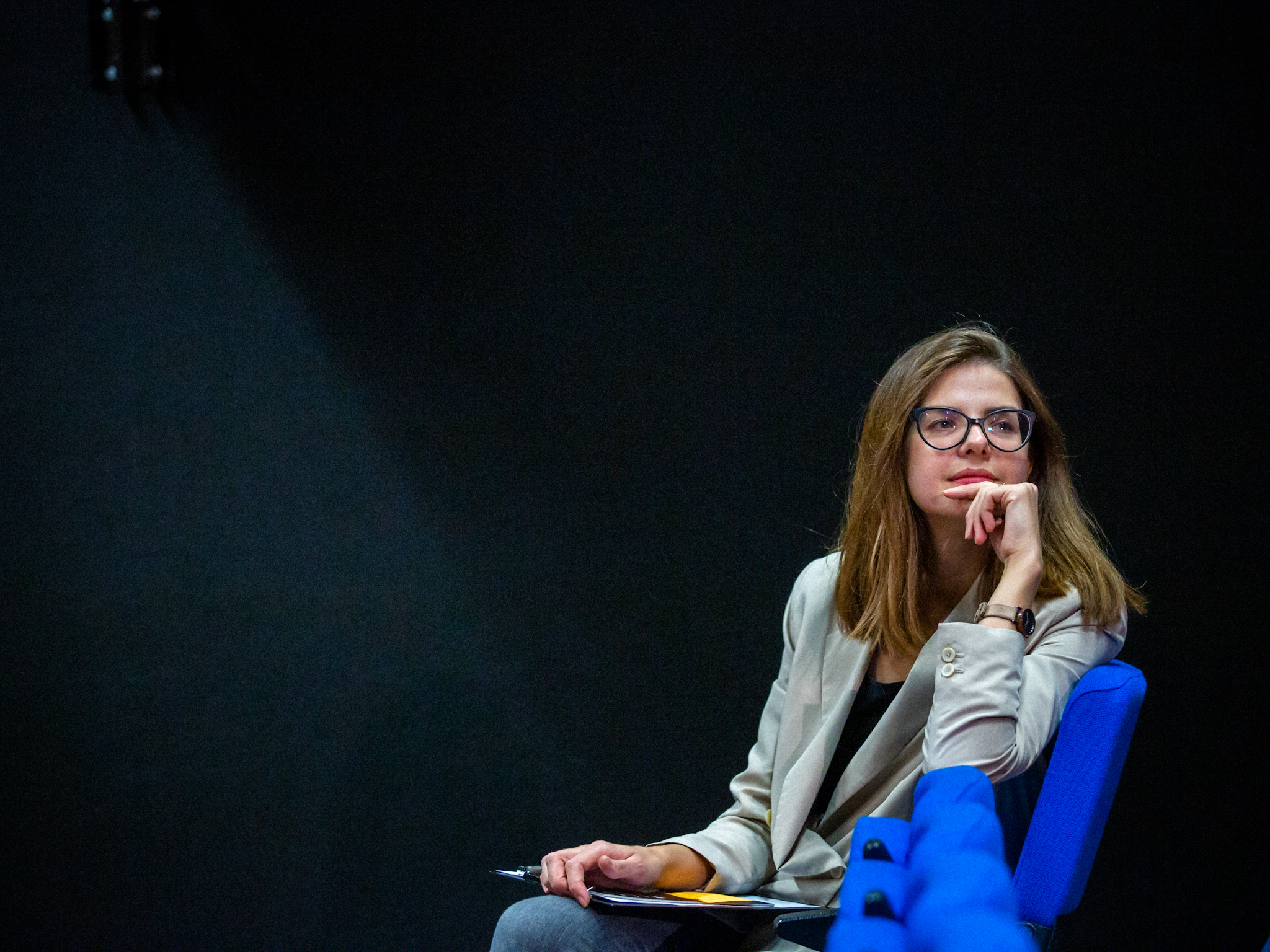 “Our strength is that Baltic Pitching Forum is one of the few events where you can meet so many Baltic filmmakers at once.” The head of the forum told Cineuropa how it became the Baltic region’s leading short film industry event and what to expect from this year’s edition

Cineuropa sat down with Rimantė Daugėlaitė, head of the Baltic Pitching Forum. The Baltic gathering will unspool for the 10th time in Vilnius from 5-8 October. During our conversation, Daugėlaitė talked through the forum’s ten-year history, how it rose to prominence as the leading short film industry marketplace in the region and what to expect from this year’s edition.

Cineuropa: What is Baltic Pitching Forum’s mission? When did you launch it?

Rimantė Daugėlaitė: The Baltic Pitching Forum (BPF) was established in 2013 as the industry event of Vilnius International Short Film Festival. One of the goals was to have a marketplace for short filmmakers from Lithuania, Latvia and Estonia. We started by including the whole region since our industry is quite small. The Baltic Pitching Forum consists of an online script consultation for all the selected projects followed by a three-day training and pitching event alongside one-to-one meetings with film professionals from all over Europe. Individual consultations with an experienced scriptwriting expert takes place in the first week of September, whilst the Forum event is held in October in Vilnius. The core idea is to invite teams with their short film ideas, so that they can network and present their projects to European professionals. From the very beginning, we started inviting a panel of seven international experts, so that they could meet the filmmakers and hear their ideas, but also get acquainted with our region and our industry.

How did the event gain traction over the last few years and achieved its current position within the industry?

I think our strength is that BPF is one of the few events where you can meet  so many Baltic filmmakers at once. And, you won’t find any marketplace where you can see so many new short film projects from this region. Besides, we see that more and more international co-productions are moving forward after the forum. For example, in 2015 Lithuanian animation producer Agnė Adomėnė took part in the forum and co-produced her project, Anu-Laura Tuttelberg’s Winter in the Rainforest, with Estonia and Mexican partners. The movie premiered at Annecy and played at some other fests such as Bucheon, Animafest and Clermont-Ferrand. Still in 2015, Laurynas Bareiša pitched By the Pool, which premiered at Venice in 2017 and gave him a push before embarking on his debut feature, Pilgrims, which emerged triumphant at Orizzonti last year. We can share this type of tangible results. People come here, meet, they present their ideas and work together after the forum.

What about some more recent success stories?

This year, two BPF alumni projects were pitched at Nordisk Panorama’s Nordic Short Film Pitch, where they will be presented alongside 10 Nordic projects to a group of international decision-makers. Nordisk Panorama invited BPF as the institutional partner entrusted to choose the two projects. Moreover, this year two BPF alumni, Alise Rogule, of Latvia’s Mima Films, and Juste Michailinaite, of Lithuania’s Broom Films, took part in the New Producers Room (NPR) organised by the Cannes’ Short Film Corner.  NPR aims to put a spotlight on 10 up-and-coming producers and offer them a space where they can explore co-production opportunities, attend dedicated sessions and strengthen their network. Besides, BPF’s reputation has also been strengthened by our awards, which prove the strong and important collaborations it has established over the last ten years.

What kind of partners were supporting BPF along the way?

Some of our main Baltic partners are actually co-organisers since they started working with us from the very beginning. These are Riga International Short, Film Festival 2ANNAS, Riga International Film Festival, PÖFF Shorts and the Estonian Short Film Center. We establish together the agenda, the invited panellists and the selected projects. Our institutional partners include the Lithuanian Film Center and the film institutes from the guest countries.

What should we expect from this year’s edition in terms of the selected projects and side events?

We will showcase 12 projects, three each from Estonia, Lithuania, Latvia and Norway. What is interesting is that in this year’s selection we have an unusually low number of animated productions, since most of them are fiction projects and at a very early development stage. Invited directors and producers will receive pitching training. Then we’ll have the pitching sessions, which will take place in front of the international panel and the Baltic Producers Jury. This year, the international panel is made up of Andy Norton (festival distributor at Finland’s Raina Films), Julie Rousson (coordinator of Clermont-Ferrand International Short Film Festival’s Euro Connection), Ben Vandendaele (sales agent at Belgium’s Radiator IP Sales), Vanya Rainova (producer at Bulgaria’s Portokal), Sari Volanen (commissioning editor at YLE), Eugénie Bottereu (managing director for Italy’s Talents and Short Film Market) and Carla Vulpiani (sales agent at Varicoloured and advisor for the Venice Film Festival), whilst the Baltic Producers Jury includes Marianne Ostrat, of Estonia’s Alexandra Film, Aija Bērziņa of Latvia’s Tasse Film and Uljana Kim, of Lithuania’s Studio Uljana Kim. We’ll also have some open lectures and presentations. For example, one lecture will focus on short film acquisitions in the TV sector, and it will be presented by Sari Volanen, whilst another one, titled “Sustainable Film Production: a Short Film Guide to Rethink Your Workflow” will be presented by Ludovica Chiarini of Italy’s EcoMuvi. The latter will centre on sustainability in short film production. Moreover, we will host a presentation of four European short film markets, namely the Talents and Short Film Market, the Clermont-Ferrand Short Film Market, T-Port Online Short Film Market and Cannes’ Short Film Corner. On the last day, we’ll host for the first time a discussion about co-producing shorts in the Baltic countries with a group of  experienced producers from the region: alongside Ostrat, Bērziņa and Kim will be Agnė Adomėnė, of Lithuania’s Art Shot, and Marija Razgutė of Lithuania’s M-films.

This year, the BPF alumni shorts will be screened on the T-Port platform, right?

Yes. For the first time ever, we decided to collect the highlights of our past editions so we picked a pool of films produced through the forum. Any industry professional with a profile on T-Port will be able to access our shorts. The catalogue now includes 17 titles, but hopefully we’ll have more films available soon. The goal of creating this collection was to show the very concrete results of the BPF and invite industry colleagues to get to know the Baltic talents and explore their works. I think that all these films clearly demonstrate a unique cinematic language and the potential of these promising creative voices from the region.

What are BPF’s long-term plans?

We aim to grow. In 2019, when the Guest Country initiative appeared, the goal was to invite countries of the Baltic Sea region which are actively working in the field of short film production. This year Norway is our guest country, and we’ll expand our scope by inviting our guest country from any part of Europe. We’re planning to have Greece as our next.