Baltic Pitching Forum will be observed by three experienced Lithuanian producers interested in spotting new regional talents. This group will select the best project and award it with a 1000 EUR cash prize! Come and meet three producers on Saturday morning, before the official pitching starts and get to know the ones you might be working with in the future. This initiative is co-organized with the Creative Europe Desk Lithuania MEDIA office under the Lithuanian Film Centre. 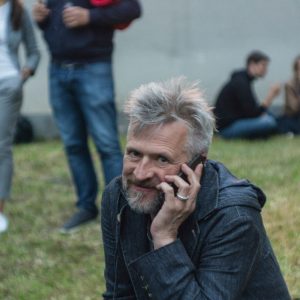 After getting an education as an actor in Lithuania, Stasys moved to Germany where he assisted Professor Rudolf Ortner, then he moved to Canada and worked as an owner of Snappy Foto and Video Centers for 10 years. Then there was an education in CalArts (California Institute for the Arts) and receiving a degree of MFA (Master of Fine Arts). Switching from photography to film and cinema was a next step in biography and now, since 18 years of experience in producing TV and cinema ads in Canada and the US, Stasys is busy producing films in Lithuania. For many years he was an Associated Professor at Lithuanian Music and Theatre Academy so all his employers are handpicked to be producers at this small though dynamic film making company Film Jam. 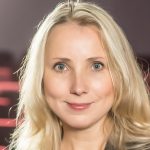 Graduate of EAVE 2011 and ESoDoc 2017, Živilė Gallego is also a member of European Film Academy (EFA), Lithuanian Film Academy (LiKA), Lithuanian Independent Producer’s Association (NPA) and European Women’s Audiovisual Network (EWA). In 2009 Živilė Gallego has established her own production company Fralita Films, where she is currently working with feature and documentary films production. In 2015, Fralita Films celebrated Alantė Kavaitė’s Best Director award for “The Summer of Sangaile” at the Sundance Film Festival. Currently in the festival circuit is the anima-doc “The Man Who Knew 75 Languages” by Anne Magnussen and Pawel Debski, along with Donatas Ulvydas‘ drama „Emilia. Breaking Free”. Currently in production is a feature film “Family” by Austėja Urbaitė and in post-production – a short film “My Lady of the Camelia” by Edouard Montoute. 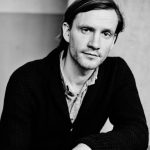 A graduate from the Baltic Film and Media School in Estonia and the UK’s National Film & Television School, Lukas set up his company iN SCRiPT in 2013 and produced Eglė Vertelytė’s debut feature “Miracle” which premiered in Toronto in 2017. Fascinated by well-crafted scripts and strong characters, he is currently working on two co-productions: Juris Kursietis’ second feature “Oleg” (with Latvian POM Aija Berzina) and Virginija Vareikytė and Maximilien Dejoi’s feature documentary “I’ll Stand By You”.