Myths about the short film industry: value is there, if not exactly riches 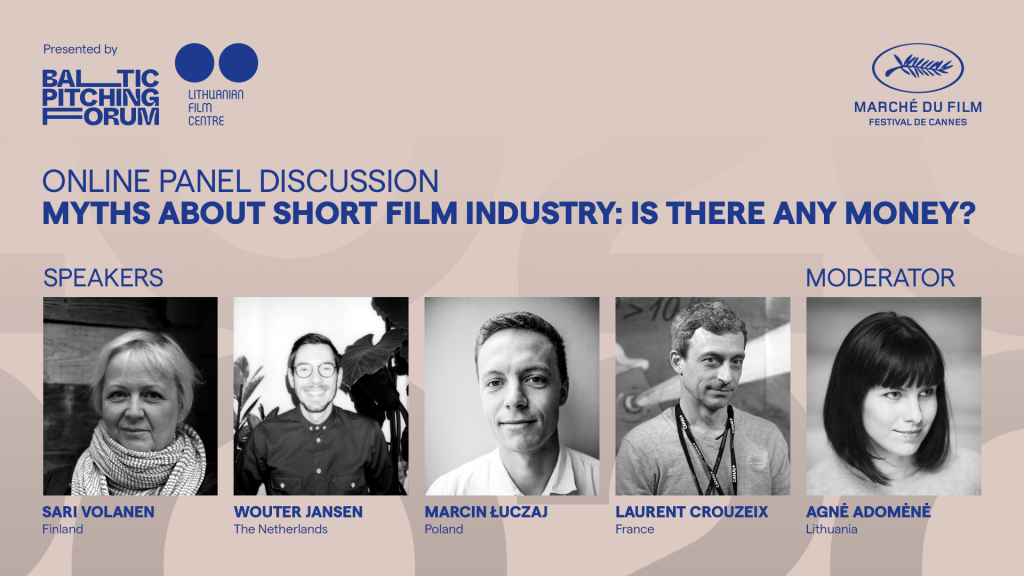 “I think there’s money in short films but I wouldn’t have that as a primary goal in mind when you go out there with your film,” said Jansen who has been working with shorts since 2013 through his company Some Shorts, which he later rebranded Square Eyes, taking on first feature films from his former shorts clients.

Łuczaj’s company, one of the most dynamic in Europe for attractive, often audience-friendly titles such as this year’s Cannes pick Sweat, started its career with Ruben Östlund‘s 2009 breakout short Incident by the Bank. “Money in shorts is more like pocket money than buy-an-apartment money,” he said. “It’s very limited to a very low percentage of films that get to the market, like TV channels or airlines.”

Even with a high-profile title such as the Cannes 2017 short Palme d’Or winner, A Gentle Night by China’s Qiu Yang, which Jansen and Łuczaj worked together on, the former handling festivals and the latter sales, profit is not that easy to come by.

“The award itself brought no money but it raised the profile of the filmmaker, put him on the map,” says Łuczaj. “Some TVs bought it, but not many, as it’s not the easiest film to program. We explored airlines and streaming platforms and some of them were not sure about it as it is very dark and slow-burning, but they wanted to serve their audience top-notch quality.”

A short film Palme d’Or can actually be counterproductive for earnings: winning this award often places a film out of competition at later festivals. “We had some 250 festival selections, but it won only one monetary award and about a dozen special mentions,” Jansen reported.

Moreover, Awards do not guarantee TV sales. “Unlike other buyers, I don’t have to buy winners or commercially successful films at all, it’s not what I’m looking for. I’m looking for new films, and it’s not up to length or genre. What I am looking for in each film is a new observation about a topic that we’ve seen so many times before,” said Volanen.

Many other factors influence the career of a short film and how to make it attractive for buyers, distributors and festivals.

“There is no one single template, it depends on the nature of the film itself,” said Crouzeix. “A short in Cannes has to be up to 15 minutes, while other festivals have different regulations, and these films can be hard to program for commercial buyers. They all have editorial lines of their own and a boss that you need to convince.”

“Festivals sometimes have their own theatrical distribution schemes or education activities that bring consistent, non-commercial revenue for different buys that are not exclusive or large, but figures add up and it can help build the profile of the film,” he added.

Unlike feature films, screening fees for shorts are not necessarily a common practice. “A lot of festivals run on a super tight budget and if the film is not in competition, I have to ask for a screening fee – they usually don’t offer it themselves,” said Jansen. “For most of my films, you make between €250-1,000 over the whole festival career and some films go up to €4,000-5,000 but that’s really only the big hits.”

The COVID-19 situation has harmed the shorts business in many ways, but Łuczaj says: “People don’t pay for short films, but what surprised me was an increase in our YouTube channel where we generate revenue through advertising. So I see a big opportunity in AVoD.”

This is exactly what scares Jansen about the future: “This is the moment that people learned to use VoD and pay for new feature content. So coming out of this crisis, we might have an audience more ready to pay for features, while with shorts we seem to be going in the opposite direction — short films are still available for free.”

“I see an opportunity in the education market,” revealed Łuczaj, whose animated short Pussy by Renata Gasiorowska has been used widely as a tool for gender studies in the US. “That was a major revenue. I see opportunity there but I don’t see a moment where you go to Netflix and they have a big spotlight on short films. There will be a big shift in how users are accessing short films.”

Link to the discussion online: here.