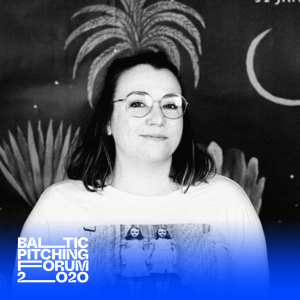 How are short films being selected in the biggest short film festival? Julie Rousson, a member of the international competition selection committee at Clermont-Ferrand International Short Film Festival will present the selection process and the opportunities given by the Short Film Market in the online lecture “All you want to know about festival programming: Clermont-Ferrand International Short Film Festival”. The coordinator of industry events, including the “Euro Connection” and #SHORT programme will share valuable insights of both the festival and short film industry that connects thousands of film professionals.

You can register for online lectures here.

A short film that recently stuck in your memory and why.

“The Physics of Sorrow” by Theodore Ushev. I don’t know why, but I feel very attached to this film on an emotional level. It mixed a very lyrical and personal level at the same time. Each time I watch it, I discover something new. And I was so happy for both the film and Theodore when it won the short film Cristal in Annecy last June.

What is a good short film for you?

It is very difficult to say « that is a good short film » because there are no magic recipes. I will say that what I like in short films is the capacity of playing with the codes in a very unconventional way. I like when a film surprises me on a visual or narrative level when it has something special with coherence between what it wants to say, what it shows, and how everything is working well in its duration.

Why do you like working for the Clermont-Ferrand Film Festival?

I like the freedom that we have in Clermont. Our work is political on both our intern organisation and our programming process, being entirely dedicated to short films on a public and a professional level. On a more personal level, I love to be in contact with so many different cultures and visions through the short films we receive and the encounters at events.

The most precious memory of working at the festival.

Watching the reaction of the awarded filmmakers right at the moment they hear they won the prize. It is always so special to see the emotions on their face when they understand that they are the winners. This year we had an amazing moment with Anthony Nti who won the Grand Prix for its film “Da Yie”.

One of the Baltic Pitching Forum winners will have the opportunity to visit the international co-production forum Euro Connection. What benefits does it bring to the filmmaker?

Going to “Euro Connection” means to have the opportunity to pitch your project in front of 150 industry attendees, mainly producers and distributors from all around Europe, and then meet some of them during one-on-one meetings. That will help to create the first contact and maybe lead to a co-production deal or build a long-term collaboration. More globally, it will give access to all the networking opportunities and industry events offered by the Short Film Market, and discover the biggest festival dedicated to short films.