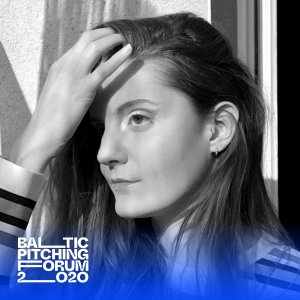 You can register for online lectures here.

A short film that recently stuck in your memory and why.

The film “Machini” by Frank Mukunday and Trésor Tshibangu. I liked the way they used simple and everyday materials to create a world and unfold a story.

What is a good short film for you?

A film that has both a strong visual identity (in terms of style, it can be very simple or more complex, and colors) and a strong story to tell which is easily conveyed to the audience (in term of time, meaning that I prefer a shorter film than a longer film that is not using time efficiently).

I like the opportunities my work at Miyu Distribution is offering me and the way Luce Grosjean is giving space for the initiatives the people who work with her bring. Working for Miyu Distribution has given me responsibilities I wouldn’t be able to have in a bigger company, thanks to the trust Luce Grosjean is having in me since the very beginning.

The most precious memory of working at the MIYU Distribution?

I think that the first festivals in which I participated in a panel or a talked about distribution have been a great memory for me, realizing that I’m enjoying giving such talks in front of an audience. But the experience that I’ve also left a great impression on me was a trip to China for a short film festival, spending ten days with the same group of people. It was a nice human experience, building a real connection between us. I’m still in touch with some of them.

How do you know if the film will be successful in the festival circuit?

It’s difficult to predict if a film is going to be successful or not but, for example, we can feel if this is a film that has a potential for the Oscar race or if it will work better in a certain territory (for example, the US market or the Eastern Europe market), because of its aesthetic and/or its story. We like to work on films we really like and do our best to make them reach their highest potential. Sometimes, it’s frustrating to see that a film we find beautiful is not working as much as we would like to, but we wouldn’t like to work on films only because we know that they’re going to be successful. It would be boring.