Sixth edition of Baltic Pitching Forum gets its day in court

The 6th edition of the Baltic Pitching Forum, which took place on 12-13th of October in Vilnius, concluded this past weekend. The event saw nine short fiction and animation projects from the Baltic countries – three from Estonia, three from Lithuania and three from Latvia – pitched to a panel of industry experts. The panel then gave live feedback on the pitches and projects before selecting two winning projects.

The first winning project receives an opportunity to visit European Short Pitch 2019, with full participant. It was given to the Lithuanian animation Girl And The Piano (Žmogus ant fortepijono), from debut director Jurga Šeduikytė and produced by Giedrė Burokaitė, a former participant of Baltic Pitching Forum. The film tells a story about Mora, an impassive woman who lives in a fantastical world where each individual area corresponds to her inner self. 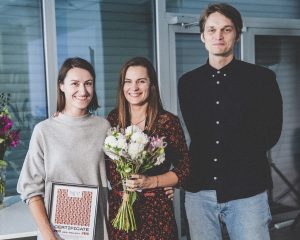 The second winning project receives a chance to participate in the European Short Film Co-Production Forum Euro Connection as part of the 41st Clermont-Ferrand Short Film Festival in February 2019. The award also contributes up to 400 EUR of travel fees to the festival in France. The panelists decided that the winning project would be Estonian short fiction film County Court (Maakohus) directed by Eeva Mägi and produced by Karolina Veetamm. The project is a conventional court story about an ex-husband and ex-wife fighting for their child’s custody presented in a very unconventional way. 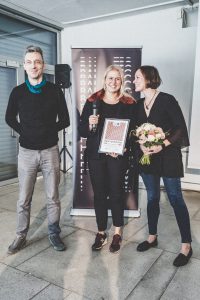 Speaking about the award, County Court producer Karolina Veetamm said: “For me it was a big surprise because there were many other good scenarios and pitches. I am very thankful for the feedback that we received at the Baltic Pitching Forum and for the opportunity to go to Clermont-Ferrand in February 2019.” 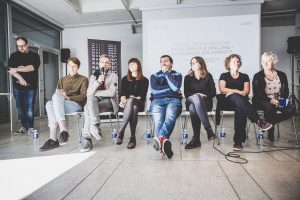 County Court was also awarded with Lithuanian Producers MEDIA Award, initiated by the Creative Europe Desk Lithuania MEDIA office with a value of 1000 EUR. Three established Lithuanian producers – Živilė Gallego, Stasys Baltakis and Lukas Trimonis – were on hand to evaluate the projects and choose what they thought was the best. The jury also gave a special mention to Blueberries & Milk (Mėlynės su pienu) by Milda Baginskaitė. The film tells a story about ten-year-old Ula whose experience of her first period reminds her of her mother‘s death. 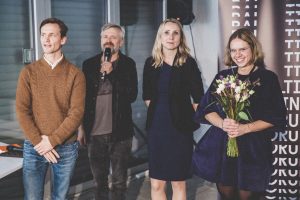 The first day of the BPF saw the participants receive the guidance and tutelage of BPF Trainer Gabriele Brunnenmeyer with invaluable advice on the art of the pitching and giving tips on presenting their projects. 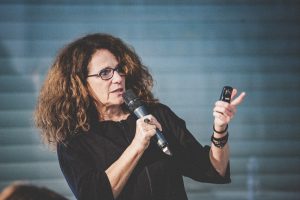 Head of Lithuanian Shorts and organizer of the Baltic Pitching Forum, Rimantė Daugėlaitė said: “We’re so happy for all those projects that gained the opportunity to visit Euro Connection and the European Short Pitch as well as recognition from our Lithuanian Producers Jury. We’re also proud of all the projects that pitched as the BPF not only provides invaluable training in pitching for a young generation of Baltic filmmakers but invaluable feedback and networking opportunities for all the projects. I’d like to thank all the panelists and supporters who help keep shining a spotlight on these young Baltic talents.”

See more pictures from the event here (photographer Mindaugas Mikulėnas). For more information on all the projects pitched read here. 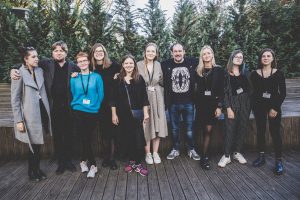 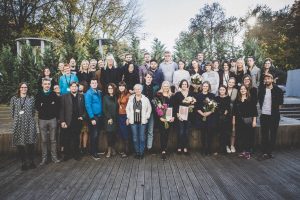