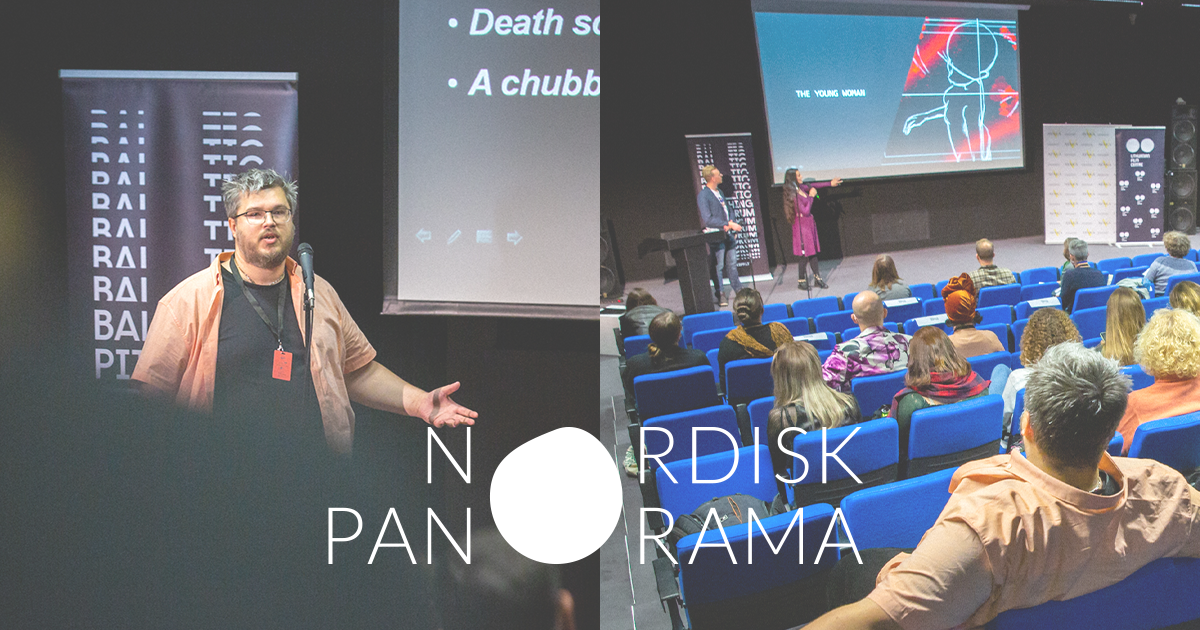 The aim of The Nordic Short Film Pitch is to make short filmmakers from the Nordic countries meet, exchange experiences and find partners for potential future collaborations and co-productions. Simultaneously they meet international industry decision-makers to expand their network. The initiative is created in close co-operation with the short film commissioners at the Nordic film institutes and public service broadcasters and takes place during Nordisk Panorama Film Festival.

From 2021, Nordisk Panorama Market has started having delegation country. This year the market has invited the Baltic Pitching Forum as the institutional partner to delegate two BPF short film projects which would be willing to be presented to new audiences. The goal is to bring a Baltic delegation to the network and bring forward the Baltic co-production landscape.

More about the BPF Alumni projects:

A young cheerful woman who enjoys making everyone happy during a music festival meets a sad guy with a big hole in his chest. She’s convinced no one but herself can cheer him up! But all her attempts to fill up his heart are just a waste of her emotions. Trying to help the guy she finds herself completely lost in a dark forest. All alone in the darkness however she discovers new possibilities giving her new perspectives.

A spaceship captain gets interrupted with the news that one of her crewmates broke  one of the taboo laws on an alien planet and is sentenced to death. The only way to get him out is to fight in a ritualistic mortal duel in an alien gladiator arena. However, because the alien planet is conservative matriarchy only female champions can defend the accused. Therefore, the captain reluctantly decides to fight in the arena.