“When the Lights Go Out” selected for “Berlinale Talents. Short Film Station” 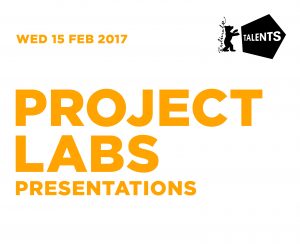 With its focus on “Courage: Against All Odds”, the 15th edition of Berlinale Talents takes on the significance of everyday bravery and fearlessness for today’s film professionals.

At Short Film Station ten selected writers / directors participating in Berlinale Talents are offered a meeting platform with emerging German and international producers as well as the chance to work with a script editor during one-on-one meetings to refine their scripts. The participants get to enhance their projects before taking part in a day of in-depth meetings with producers.

Project “When the Lights Go Out” was presented at the 4th edition of “Baltic Pitching Forum” (October 2016, Vilnius).

More information about the project “When the Lights Go Out”: here.