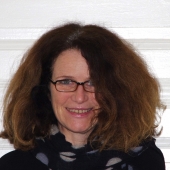 Having worked as a journalist, Gabriele Brunnenmeyer was in charge of the MEDIA Antenna Berlin-Brandenburg, acting as an artistic adviser for the MEDIA training initiative Moonstone International, as well as an artistic director for Connecting Cotbus till the end of 2010. From 2013 till December 2014 she was the head of studies for the MEDIA supported training program Maia Workshops. Since 2005 she is working for the Kuratorium Junger Deutscher Film as a freelance project and script advisor. Since 2013, she has been a conference coordinator for the IDM Film Conference Incontri in Italy. Furthermore, Gabriele is working as consultant for script development, packaging and project presentation for single projects, as well as for First Films First, Berlinale and Sarajevo Talents, Robert Bosch Coproduction Prize, Baltic Pitching Forum, Euro Connection, Sam Spiegel School and others. 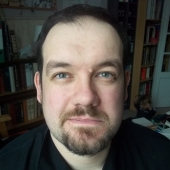 Laurence Boyce, member of BAFTA, FIPRESCI, the European Film Academy, London Critics’ Circle and the board of the Short Film Conference, has been a film journalist and film programmer for the past eighteen years. He started out at the Leeds International Film Festival in the UK to become an award-winning critic for various outlets, including Sight and Sound and Screen International, – and a programmer, specialising in short film, for various festivals. Currently residing in Tallinn, Estonia, he is the head of programmer for the live action section of PÖFF Shorts. Besides that, he works as a programmer of feature films at the A-List film festival Black Nights. Laurence has been contributing to a number of international publications and is the editor of Cineuropa Shorts. 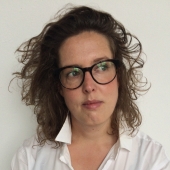 Born in 1980, Gunhild Enger works and lives in Oslo, Norway. She graduated from Edinburg College of Art in the UK and The School of Film Directing in Gothenburg, Sweden. Her graduation film, Bargain, was nominated for BAFTA. Since then, Gunhild’s films toured world festivals. She has been nominated for the Amanda award twice (Norwegian Oscars) for Best Short film; her film Premature won Best Film in several festivals. In 2017, she had a retrospective in Glasgow Short Film Festival, screening eleven of her short films. Gunhild’s latest film The Committee premiered in Locarno Film Festival in 2016. She is now working on her first feature film. 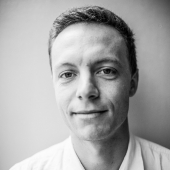 Marcin graduated in Film & Media Studies from the University of Lodz and in Cultural Studies from University of Warsaw. Since 2016, he has been working for New Europe Film Sales, a Warsaw-based boutique sales agency, specialised in both features and shorts, as the responsible for feature film acquisitions and short film catalogue. For several years he had been working as short and feature film programmer at Warsaw Film Festival and the cult ŻUBROFFKA Short Film Festival and acted as guest curator for various international film festivals around the world. Marcin also worked as production manager at Koi Studio, a Warsaw-based production company, and for the Ad Arte Foundation, where he managed short film distribution in Polish cinemas (World Shorts, Future Shorts) and international promotion of Polish shorts. 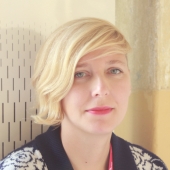 Aneta Ozorek is a film festival programmer, producer and film education expert. She has 15 years’ industry experience in production of film events, educational workshops, exhibitions and festivals on Polish and European market. She’s a programmer of Cinema in Sneakers Film Festival in Warsaw, head of Short Section at Visegrad Animation Forum in Czech Republic, coordinator of Polish Animators Producers Association, Polish Ambassador of European Animation Award and member of European Children Film Association. Aneta has been a member of jury in many festivals including Berlinale, Odense, Barneflmfestiwalen. This year she’s responsible for promotion of 70-years of Polish animations at Annecy, Cartoon Forum, MIPCOM, Cinekid and many others. 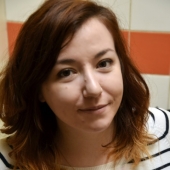 Julie Rousson holds a Master’s degree in Cultural Project Production. In 2015, she joined Sauve Qui Peut le Court Métrage, the association behind Clermont-Ferrand International Short Film Festival, after several years working on punctual missions at the Short Film Market. She is now in charge of industry meetings, relations with administrative institutions, the management of the Shortflmdepot submissions’ platform and coordinates the European short film co-production forum, Euro Connection, currently in its tenth edition. Julie is also a member of the International Selection Committee. 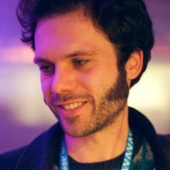 After studying Psychology in Belgium, Wim Vanacker moved to Dublin to work as a psychologist in the field of drug addiction. Three years later, he picked up studying again at EICAR, where he made two shorts, Endgame and The Naked leading the Blind. After graduating, he discovered NISI MASA – the European Network of Young Cinema, where he became the head of the script department and the project manager of the MEDIA funded project, European Short Pitch. On the side, he also works as a script consultant, tutor and guest speaker for festivals such as Cannes, Clermont-Ferrand, Encounters and Interfilm. Recently, he founded Sireal Films, a Brussels-based production company, where he produced the VAF funded short film Empire. As a writer/director, he is currently developing his short film [ˈsɪə.ri.əl ]. 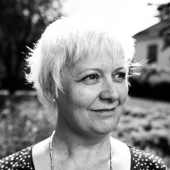 Sari Volanen is a commissioning editor at YLE Finnish Broadcasting Company. She works at the co-production department producing short films and documentaries mainly with Finnish independent filmmakers and producers. She is in charge of the strand of New Cinema on YLE/Teema, which shows quirky and cinematic films regardless of length and genre. 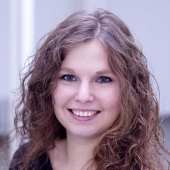 Stine Wangler has been working at the KurzFilmAgentur Hamburg since 2012 where she is now running the sales department. She is responsible for world sales and acquisitions of short films. Having wrote her thesis about short film on the Internet, Stine has also concentrated on the sales possibilities for short films online. Furthermore, she has been in juries of short film festivals within Europe and is part of the programming team for the National Competition of the Hamburg International Short Film Festival. Besides world sales, The KurzFilmAgentur also operates a theatrical distribution, maintains an extensive video archive, sets up training and education courses and co-organizes film-related projects with national and international partners.