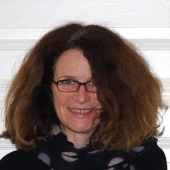 After some years as a journalist and film critic, Gabriele Brunnemeyer was working in various fields within the film industry: she was running the MEDIA Antenna Berlin-Brandenburg, acting as an artistic adviser for the MEDIA training initiative Moonstone International, as well as artistic director for Connecting Cottbus till the end of 2010. From 2013 till December 2014 she was the head of studies of the MEDIA supported training program Maia Workshops. From 2013 till 2018 she joined the conference coordination of the IDM Film Conference Incontri in Italy. Since 2005 Gabriele is working for the Kuratorium Junger Deutscher Film as a freelanced project and script advisor. Furthermore Gabriele consults script development, packaging and project presentation for single independent projects as well as for training initiatives and events as First Films First, Baltic Pitching Forum, Euro Connection, Sam Spiegel School, HFF Munich and Berlinale Talents and running the program Pack & Pitch in the frame of Talents Sarajevo. 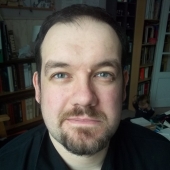 Laurence Boyce, member of BAFTA, FIPRESCI, the European Film Academy, London Critics’ Circle and the board of the Short Film Conference, has been a film journalist and film programmer for the past eighteen years. He started out at the Leeds International Film Festival in the UK to become an award-winning critic for various outlets, including Sight and Sound and Screen International, – and a programmer, specialising in short film, for various festivals. Currently residing in Tallinn, Estonia, he is the head of programme for the live action section of PÖFF Shorts. Besides that, he works as a programmer of feature films at the A-List film festival Black Nights 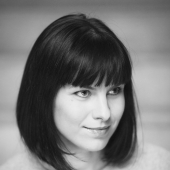 Creative producer Agnė Adomėnė focuses on developing and producing artistic animated films. In 2012 she founded production company ART SHOT, her first completed film “Ragnarok” (dir. Urtė and Johan Oettinger) was awarded by Lithuanian Film Academy and selected to many international festivals. Two of her latest projects won Baltic Pitching Forum and were selected to Euro Connection 2017 (“The Juggler”, dir. Skirmanta Jakaitė) and European Short Pitch 2018 (“Elena”, dir. Birutė Sodeikaitė). Agnė is one of the founders and a board member of the Lithuanian Animation Association, a member of the European Animation Awards, the Lithuanian Film Academy and the Independent Producers Association of Lithuania. Member of the Jury at Annecy International Animation Film Festival 2018. 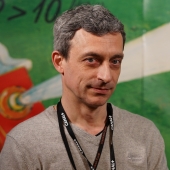 Laurent Crouzeix is on the executive team of the Clermont-Ferrand Short Film Festival and Market. He is a Programmer at the festival and Project Manager on the shortfilmdepot.com online platform. Laurent is also Coordinator of Euro Connection, the co-production meetings for shorts he launched in 2009 as part of the Short Film Market in Clermont-Ferrand. He also produces targeted industry meetings towards project development and film distribution. He is currently making his first stop motion animation film together with director Luis Briceño. 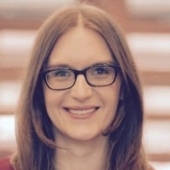 Inga Diev serves as the General Manager of Ouat Media, a Toronto-based international sales and distribution company specializing in short films. In her role, Inga is responsible for the company’s business operations and oversees all the film sales and acquisitions. Prior to joining Ouat Media, Inga spent over a decade working in film production and broadcast programming, most recently, at Sundance Channel Canada. Inga shares her expertise of the film industry by chairing in festival juries and participating in guest panels around the world, including Toronto International Film Festival and Cannes Film Festival. For the past five years, she has also served on the Board of Canadian Filmmakers’ Distribution Centre, Canada’s foremost non-commercial distributor and resource for independently produced film. 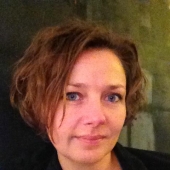 Jing Haase is Festival Manager for shorts and docs at the Swedish Film Institute. As part of the International Department she promotes contemporary Swedish films of all genres outside Sweden in the various arenas provided by festivals, markets and other special events. Before moving to Sweden, she was the Market Manager at Nordisk Panorama, a non-profit organisation dedicated to the promotion of Nordic short and documentary films. There, she organised the NP Market, the online screening room and a series of talks with market professionals as well as promoted the films registered at Nordisk Panorama internationally and provided advice on international distribution of short films. 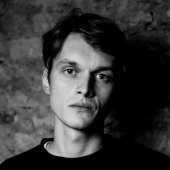 Karolis Kaupinis is a Lithuanian screenwriter and director. He holds MA in Political Science, worked as a journalist and presenter in Lithuanian National Broadcaster (LRT). His first short fiction film “The Noisemaker” (2014) was selected to Pardi di domani competition in Locarno Film Festival and has been screened at more than 60 international film festivals ever since, also winning two Lithuanian Film Academy awards “Silver Crane” in 2015. Kaupinis’ second short film “Watchkeeping” (2017) had national premier at Vilnius IFF Short Competition. Both short films were awarded at European Short Pitch. Kaupinis’ debut feature film “Nova Lituania” is in post-production stage and will be screened in 2019. He is currently working on his second feature film. 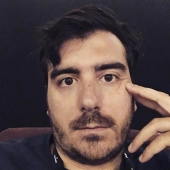 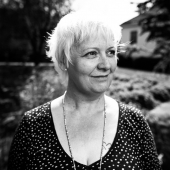 Sari Volanen is a commissioning editor at YLE Finnish Broadcasting Company. She works at the co-production department producing short films and documentaries mainly with Finnish independent film makers and producers. She is in charge of the strand of New Cinema on YLE/Teema, which shows quirky and cinematic films regardless of length and genre.