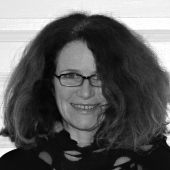 After some years as a journalist and film critic, Gabriele Brunnemeyer was working in various fields within the film industry: she was running the MEDIA Antenna Berlin-Brandenburg, acting as an artistic adviser for the MEDIA training initiative Moonstone International, as well as artistic director for Connecting Cottbus till the end of 2010. From 2013 till December 2014 she was the head of studies of the MEDIA supported training program Maia Workshops. From 2013 till 2018 she joined the conference coordination of the IDM Film Conference INCONTRI in Italy. Since 2005 Gabriele is working for the Kuratorium Junger Deutscher Film as a freelance project and script advisor. Furthermore, Gabriele consults script development, packaging and project presentation for single independent projects, as well as for training initiatives and events such as First Films First, Baltic Pitching Forum, Euro Connection, Sam Spiegel School, HFF Munich and Berlinale Talents and running the program Pack & Pitch in the frame of Talents Sarajevo. 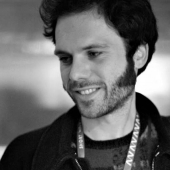 After studying psychology in Belgium, Wim Vanacker moved to Dublin to work as a psychologist in the field of drug addiction. Three years later, he picked up studying again at EICAR where he made two shorts: Endgame and The Naked Leading the Blind. After graduating, he discovered NISI MASA – European Network of Young Cinema where he became the Head of the Script Department and the Project Manager of the MEDIA funded project, European Short Pitch. Furthermore, he’s a member of the Selection Committee for the Official Short Film Competition of the Cannes Film Festival and recently, he became the Editorial Consultant for the First Cut Lab. On the side, he works as a script consultant, creative advisor, programmer, tutor and guest speaker for many workshops, film festivals and projects in development. As a writer/director, he’s currently developing the short films [ˈsɪə.ri.əl ] and Psycho Revisited. 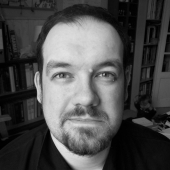 Laurence Boyce currently works for the Black Nights Film Festival, an A-List festival. He works as both a programmer for the festival’s main competitions, as well as being the head of the program for PÖFF Shorts, the short film section of the festival. He also advises at the Leeds International Film Festival in the UK. Laurence is also an award-winning film journalist and critic who has written for numerous publications, amongst them Screen International, Variety, Sight and Sound, The Guardian, Cineuropa, Little White Lies and many others. He is a member of FIPRESCI (The International Federation of Film Critics), the London Critics Circle, the European Film Academy and the British Academy of Film and Television Arts (BAFTA). He is currently the chairman of the board of the Short Film Conference, a network of short film organizations from across the globe.

Anna Henckel-Donnersmarck works with the moving image in various ways. She creates video projections for theater, opera, dance and music concerts, as well as video installations for exhibitions and museums. She teaches at art schools and works for film festivals as a programmer, moderator and member of the jury. Her focus is on short films. Since summer 2019, she is the head and curator of Berlinale Shorts. 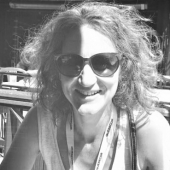 Former researcher, Delphine Schmit founded Perspective Films in 2008, a production company in collaboration with producing partners in Belgium and Switzerland. Since then she has produced more than 15 short films (including one with a nomination at the Oscars in 2013), 8 documentaries (selected for more than 100 festivals), animation, and 3 feature films: Les Révoltés, released by Jour2Fête in 2015; Nuestras Madres, which won the Caméra d’Or at The Cannes Film Festival in 2019; Les Meilleures, distributed by Le Pacte, which was shot in August 2019. In 2017, she co-founded with Guillaume Dreyfus, Tripode Productions, based in Montpellier. She attended the EAVE PUENTES Producers Workshop in 2017. She’s currently developing international co-productions with Brazil, Greece and Lithuania. 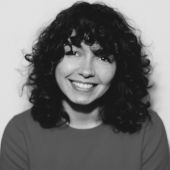 Julie Marnay has recently been named Head of the Script Department and Project manager of European Short Pitch, a NISI MASA – European Network of Young Cinema’s initiative. ESP has been created to promote European co-production of short films, in an annual event that combines a scriptwriting workshop and a co-production forum. Previously, she was in charge of short films within the film department of La Semaine de la Critique, Cannes. She also coordinated the Next Step workshop, a program launched in 2014 to support La Semaine de la Critique short film directors as they branch out from short to feature film. 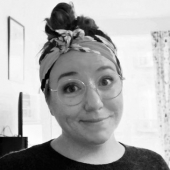 Julie holds a Master’s degree in Cultural Project Production, she permanently joined Sauve Qui Peut Le Court Métrage, the association behind the Clermont-Ferrand International Short Film Festival, in 2015, after several years working on punctual missions at the Short Film Market. She takes care of industry meetings, relations with administrative institutions, the management of the Shortfilmdepot submission platform and is also a member of the international selection committee. 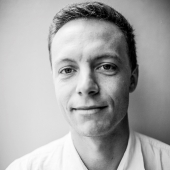 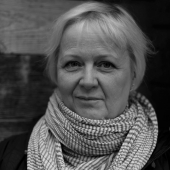 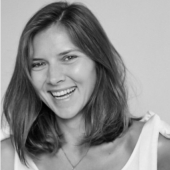 Gabija’s background lies in post-production and programming for leading broadcasting companies like BBC Worldwide, NBC Universal and Turner. In 2014, Gabija co-founded and has been heading the film production and distribution company Kinomind Films, which focuses on creating meaningful content for a global audience. Current projects include an IP for children, Happy Go Hopscotch, consisting of books, TV specials and a series based on the Science of Happiness, the documentary project Gods Arise, exploring religion and technology, as well as the cinema events outlet Baltic View, promoting films from the Baltic countries. 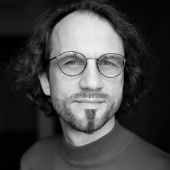 The producer Kęstutis Drazdauskas is the founder of Artbox, a leading film and TV production company in the Baltic region. Artbox has collaborated with film producers from Canada, Japan, France, Ireland, the Netherlands, Poland, Finland, Belgium, Armenia and many other countries. Kęstutis has produced and co-produced more than 20 feature films and TV series. Kęstutis also chairs the Board of the Independent Producers Association of Lithuania and the Supervisory Board of the Vilnius Film Office, and is a Board Member of the Film Policy Council of Lithuania. He is also a member of the European Producers Club.

Rasa was educated first as a civil engineer, coming to filmmaking via hands-on experience in 1998. She studied film production management at the Lithuanian Academy of Music and Theatre, in the Theatre and Cinema department, and at The European Film College, Denmark. After college, she completed a Master’s degree in Audiovisual Arts at the Lithuanian Academy of Music and Theatre. From 2001 till 2006, Rasa was working at public broadcaster, Lithuanian National Radio and Television (LRT), as Head of the Film Production Department, in other words as Commissioning Editor at LRT, producing documentaries and working with independent directors and producers. She was attending project development courses such as Twelve for the Future, Discovery Campus and Eurodoc. Since 2006, Rasa has been working as an independent producer within her own company UAB ERA FILM (www.erafilm.lt), where she produces creative documentaries, most of them international co-productions. From 2010 till 2013 Rasa was leading the Independent Producers Association in Lithuania.