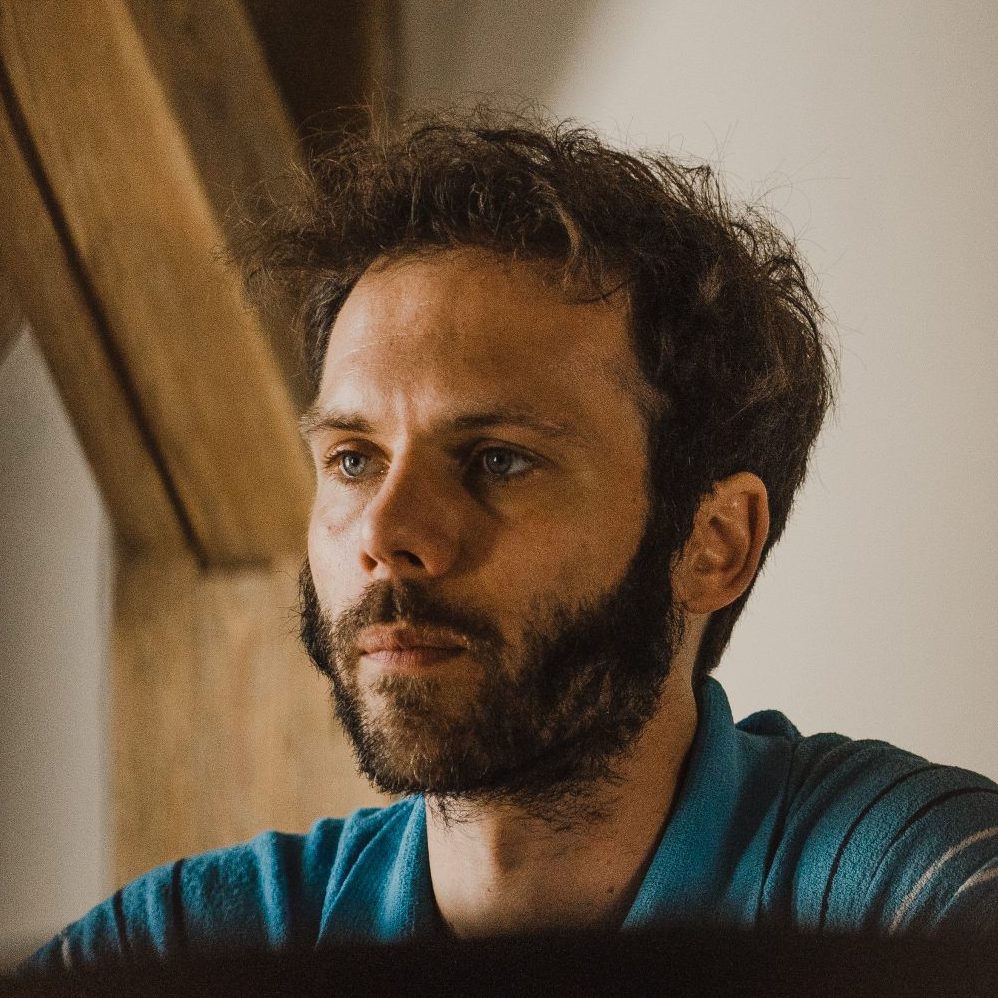 After studying psychology in Belgium, Wim Vanacker moved to Dublin to work as a psychologist in the field of drug addiction. Three years later, he again picked up studying at EICAR where he made two short films. After graduating, he discovered NISI MASA – European Network of Young Cinema where he became the Head of the Script Department and the Project Manager of the MEDIA funded project, European Short Pitch. Furthermore, he’s a member of the Selection Committee for the Official Short Film Competition of the Cannes Film Festival and recently he became the Editorial Consultant for the First Cut Lab. On the side, he works as a script consultant, creative advisor, programmer, tutor and guest speaker for many workshops, film festivals, and projects in development. As a writer/director, he’s currently developing the short films [ˈsɪə.ri.əl] and Psycho Revisited.

Gabriele Brunnenmeyer is a script mentor, project consultant, and pitching coach. She has been an artistic advisor for the Maia Workshops, developing events including Connecting Cottbus, IDM Film Conference Incontri, and currently MDM’s Meet Your Neighbour in Leipzig. Alongside consulting on script development, packaging, and pitching for individual projects, she consults for the First Films First script development programme, Kuratorium junger deutscher Film, MIDPOINT Feature Launch, interfilm Script Pitch, Berlinale and Sarajevo Talents, Baltic Pitching Forum, FilmProSeriesEA, among many others. 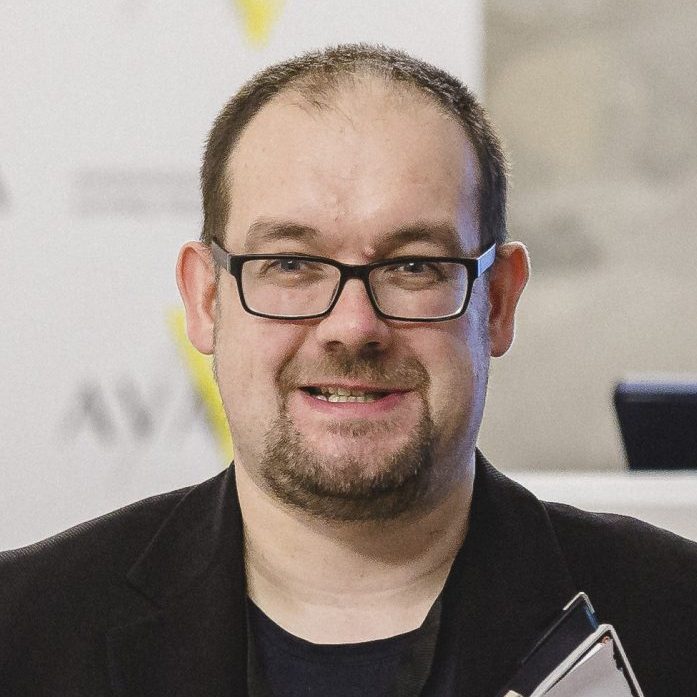 Laurence Boyce currently works for the Tallinn Black Nights Film Festival, an A-List festival. He works as both a programmer for the festival’s main competitions as well being the head of programme for P.FF Shorts, the short film section of the festival. He also advises at the Leeds International Film Festival in the UK. Laurence is also an award-winning film journalist and critic who has written for numerous publications, amongst which are Screen International, Variety, Sight & Sound, The Guardian, Cineuropa, Little White Lies, and many others. He is a member of FIPRESCI (The International Federation of Film Critics), the London Film Critics’ Circle, the European Film Academy, and the British Academy of Film and Television Arts (BAFTA). He is currently the chairman of the board of the Short Film Conference, a network of short film organizations from across the globe. 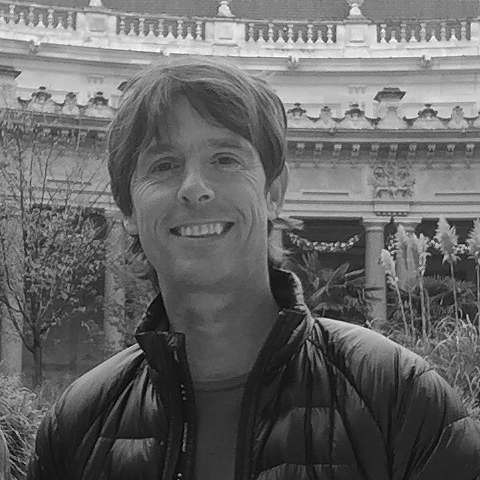 Cord Dueppe is the head of sales for interfilm Berlin, responsible for licensing an ever-expanding catalogue of internationally successful and outstanding live action and animated shorts to TV, DVD, internet, educational, closed-circuit, and other media. He also programs for the Academy Award © qualifying interfilm Berlin International Short Film Festival, curates special programmes, and manages projects for interfilm’s agency. Educated at the Free University of Berlin and New York University, Cord earned a master’s degree in Cinema Studies from the Tisch School of the Arts at NYU and was a film programmer and editor for 13 years at Film at Lincoln Center in New York before moving to Berlin in 2010. 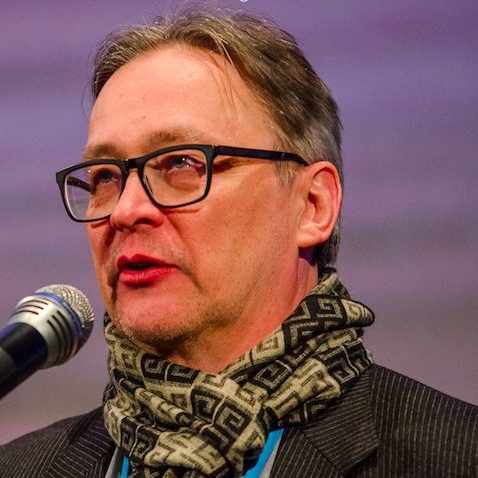 Jukka-Pekka Laakso is the festival director of Tampere Film Festival. He has been involved with the selection and programming since 2000. As festival director he shares the responsibility for strategic planning and programming with a co-director. He has been a member of more than 50 juries in film festivals including Edinburgh, Locarno, Festival du nouveau cinéma in Montreal, and Morelia Film Festival in Mexico. Jukka-Pekka Laakso also acts as the executive director for  Pirkanmaa Film Centre; a local film center in Tampere. The film center is a non-profit organization that runs an art-house cinema, distributes films in Finland, and works extensively with media education. Jukka-Pekka Laakso is a member of the European Film Academy. 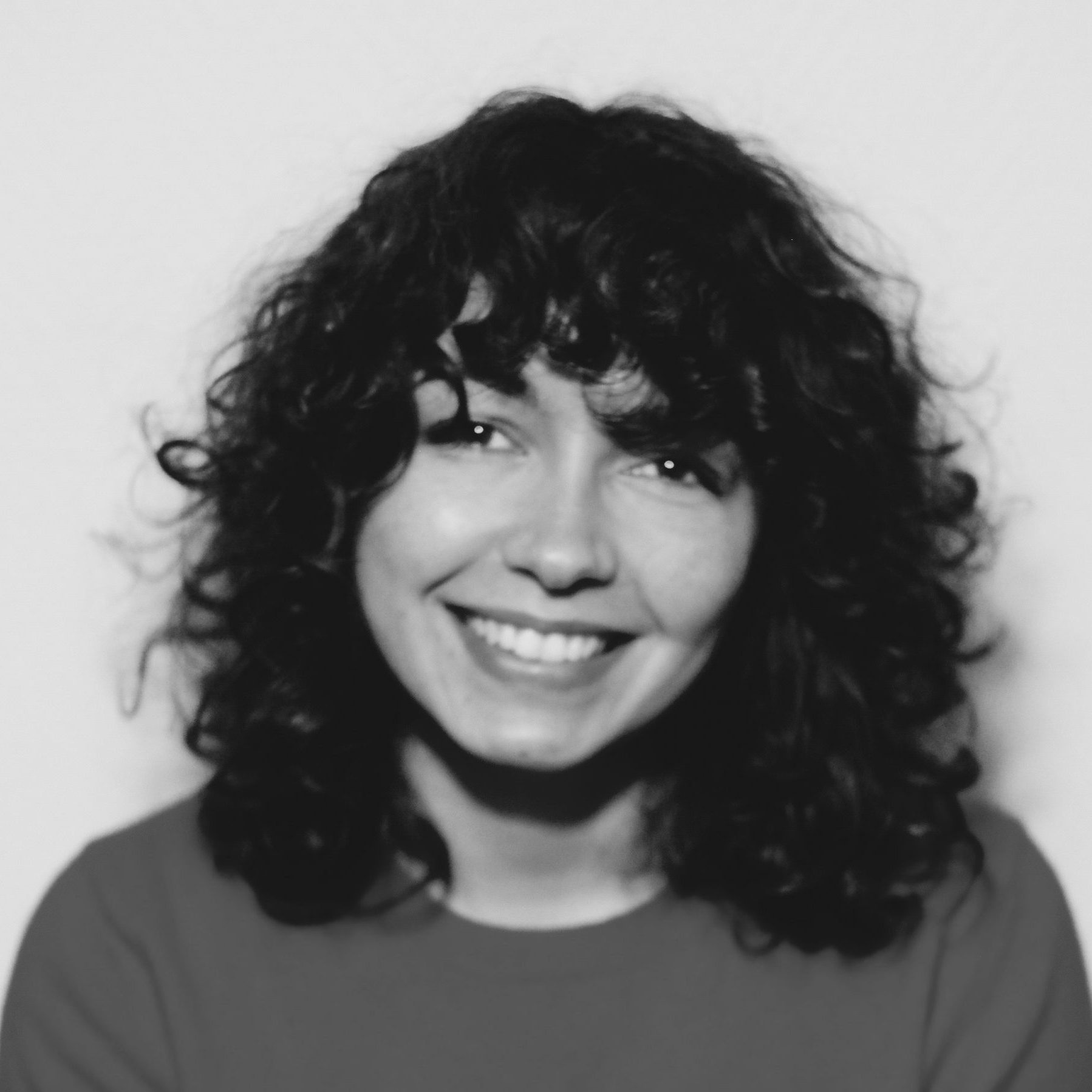 Formerly in charge of short films at la Semaine de la Critique, Cannes, Julie Marnay has been named Head of European Short Pitch in 2019. Initiated by the Nisi Masa network in 2007, ESP is an annual programme which aims to support young European talents in the development of their short films, and foster co-production and collaboration between industry professionals in Europe. She also works as project manager of Full Circle Lab, which accompanies feature film projects in order to enhance their creative vision and audience potential. Julie has recently collaborated with the Festival du nouveau cinéma in Montreal as member of the short film selection committee and with FIDLab, the workspace for film projects of FIDMarseille, as industry coordinator. 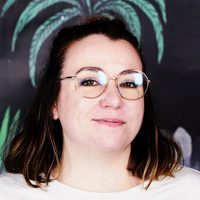 Julie holds a master’s degree in cultural project production, with a master’s thesis about the impact of the internet and the digital revolution on the short film industry. She permanently joined Sauve Qui Peut le Court Métrage, the association behind the Clermont-Ferrand International Short Film Festival, in 2015 after several years working on punctual missions. She coordinates the industry events at the Short Film Market, focusing on the Euro Connection and the #SHORT programmes, and the relations with administrative institutions. She is also a member of the International competition selection committee. 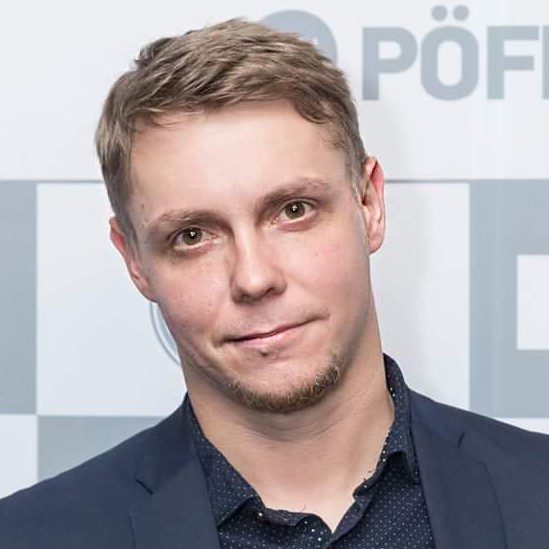 Tanel Toom is an Oscar-nominated director, a graduate of the Baltic Film and Media School, Estonia (BA, 2005) and National Film and Television School, UK (MA, 2010). He has directed ten short films, around 50 commercials, and recently finished his first feature. His films have been to over 35 international film festivals (incl. Venice, Busan, San Sebastian, Palm Springs, etc.) and won numerous awards, including an Oscar nomination for his short The Confession in 2011. His first feature film, Truth and Justice (2019), was well received by critics and cinemagoers and is the all-time most viewed film in Estonia. The film has won all the major film awards in Estonia and was also the country’s submission for the 2020 Academy Awards, making it to the shortlist of 10 semi-finalists in the Best International Film category. Truth and Justice won Best International Motion Picture at the Satellite Awards 2020 and Tanel was chosen by Variety as one of the “10 Europeans to Watch”. 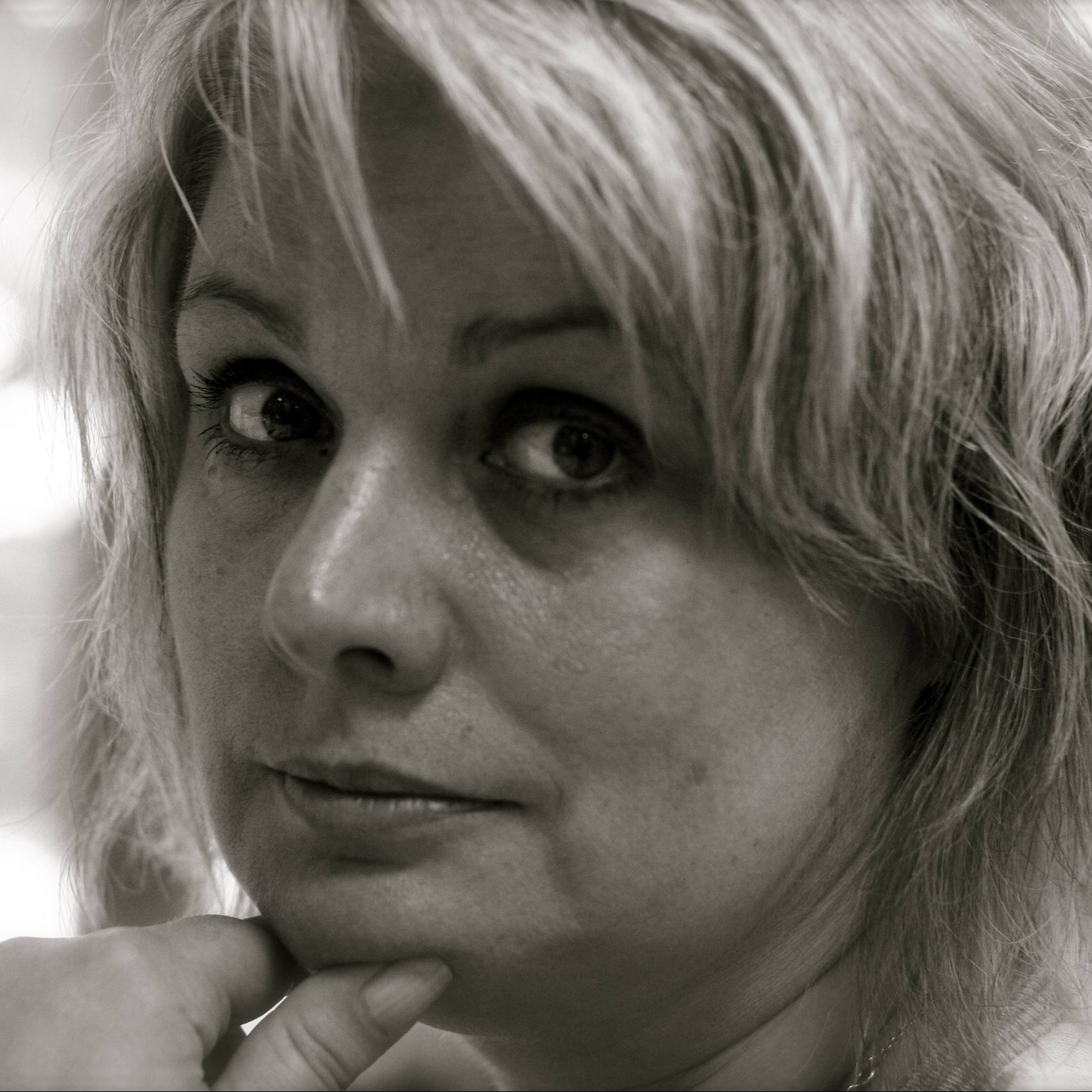 Antra Cilinska has been working as a director and producer since 1992. She started her work in the film industry as an editor at the Riga Film Studio, working with outstanding documentaries as well as fiction projects for local and international audiences. Antra, as a filmmaker, has always been interested in modern and historical topics, revealing events that have changed peoples’ lives during the transformation of the political system in Latvia, the collapse and rise of the economy, and complicated life situations. Since 1994 Antra has been running Juris Podnieks Studio, an independent film production company producing documentaries, animation, fiction film projects, as well as providing post-production services.

Gabija Siurbyte opened the production company Dansu (together with director Ernestas Jankauskas) in 2008.  The company has grown from 2 employees to 10 and is now one of the leading production companies producing commercials, films, TV series, creating its own content, and providing other services. Gabija has worked on projects including: the 2011 Ella Lemhagen feature The Crown Jewels starring Alicia Vikander; Mikael Marcimain’s second feature Gentlemen starring David Dencik and Sverrir Gudnason which premiered at Toronto International Film Festival; and the TV series Farang starring Ola Rapace. Gabija just finished producing Ernestas Jankauskas’ feature film Sasha Was Here that was selected by various A-list festivals this year; a feature length documentary about a Lithuanian hustler in the Amazon jungle El Padre Medico by Vytautas Puidokas; a short genre film developed at Berlinale Short Film Station by director Jonas Trukanas When the Lights Go Out; a social drama about panic attacks Oxygen; and a family comedy iNanny developed by Inside Pictures. Gabija is a member of the board of the Independent Producers Association of Lithuania. She also took part in Inside Pictures, EAVE+, Producers Network, and Berlinale Talents.

Pille Rünk is a founding partner and producer at Allfilm, which was established in 1995 and is one of the most active and vibrant production-houses in Estonia. She is experienced in international co-productions and is producing both features and creative documentaries. Pille is currently in production with the feature film Kalev, intended for release in 2022 and has several documentaries in various stages of production. She is a member of the Estonian Cinema Union, Film Cluster, and Producers Association.