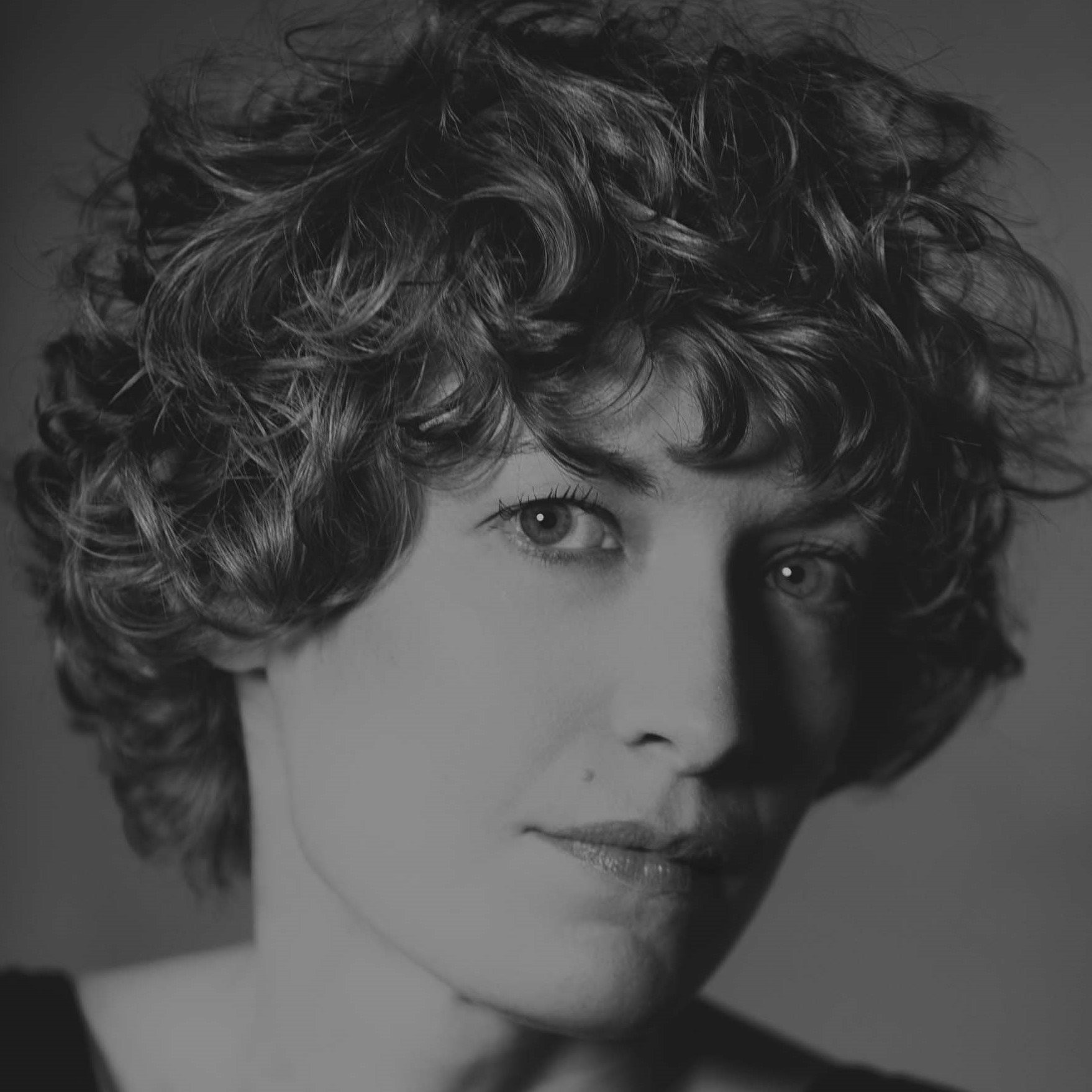 Head of Development at Aurum Film (Leave No Traces, The King of Warsaw) and lecturer at Atelier Scenariuszowe workshops. Reviews scripts for various institutions and programs on the Polish and international market (e.g., Midpoint, Animarkt Stop Motion Forum, Baltic Pitching Forum). In 2016-2018 assistant to Philip LaZebnik at Kids Film.PRO workshops are dedicated to the development of projects for children and young people. Between 2017 and 2019, she was the Artistic Director of Script Fiesta – a festival for screenwriters. She is a graduate of Film Studies at the Jagiellonian University in Krakow. She developed her screenwriting expertise at numerous international workshops (including LIM – Less is More, Midpoint Training for Trainers, and Feature Launch, as well as Six Days of Practice and Script Circle in Berlin) and under the guidance of tutors such as Franz Rodenkirchen, Francoise von Roy, or Séverine Cornamusaz. 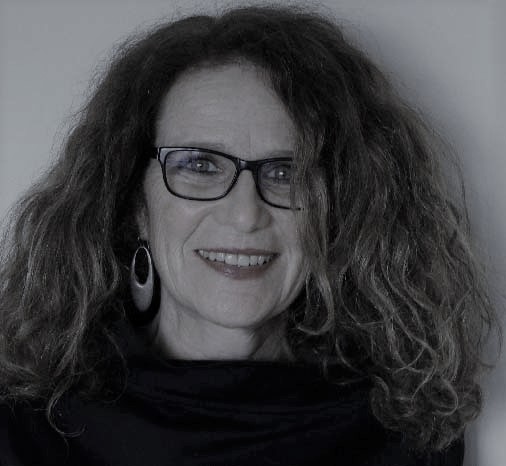 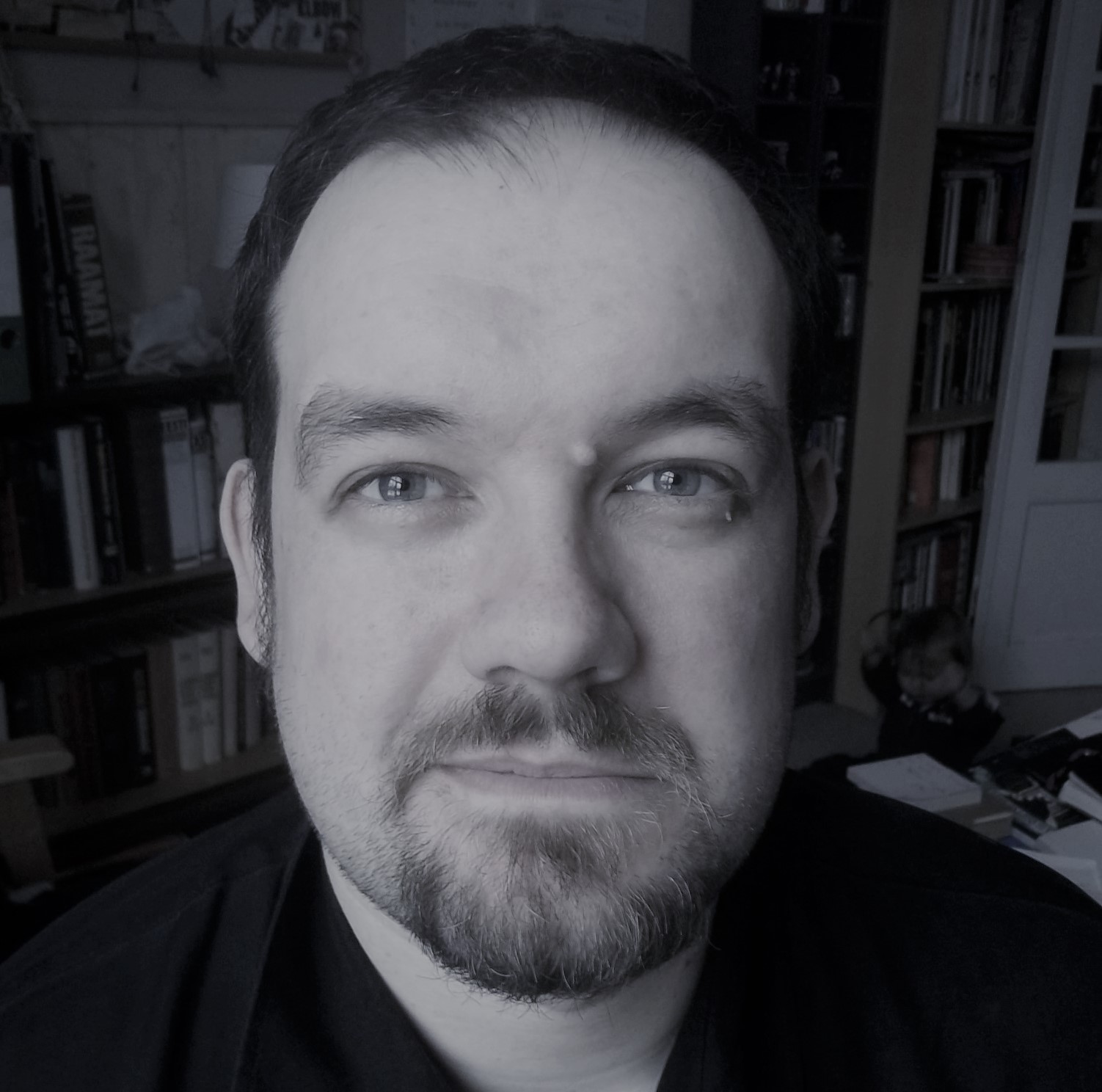 Laurence Boyce was born in Leeds, UK and gained a BA in Film and Literature from the University of Warwick. He began his career in 1999 as a programmer and moderator for the Leeds International Film Festival (where he still advises to this day) and also spent time as the director of GLIMMER: Hull International Short Film Festival. He relocated to Tallinn, Estonia in 2010 and currently works for the Black Nights Film Festival, an A-List festival. He works as both a programmer for the festival’s main competitions as well being the head of the programme (Live Action) for PÖFF Shorts, the short film section of the festival.

Laurence is also an award-winning film journalist and critic who has written for numerous publications amongst them Screen International, Variety, Sight and Sound, The Guardian, Cineuropa, Little White Lies and many others. He is a member of FIPRESCI (The International Federation of Film Critics), the London Critics Circle, the European Film Academy and the British Academy of Film and Television Arts (BAFTA). He is currently the chairman of the board of the Short Film Conference, a network of short film organisations from across the globe. 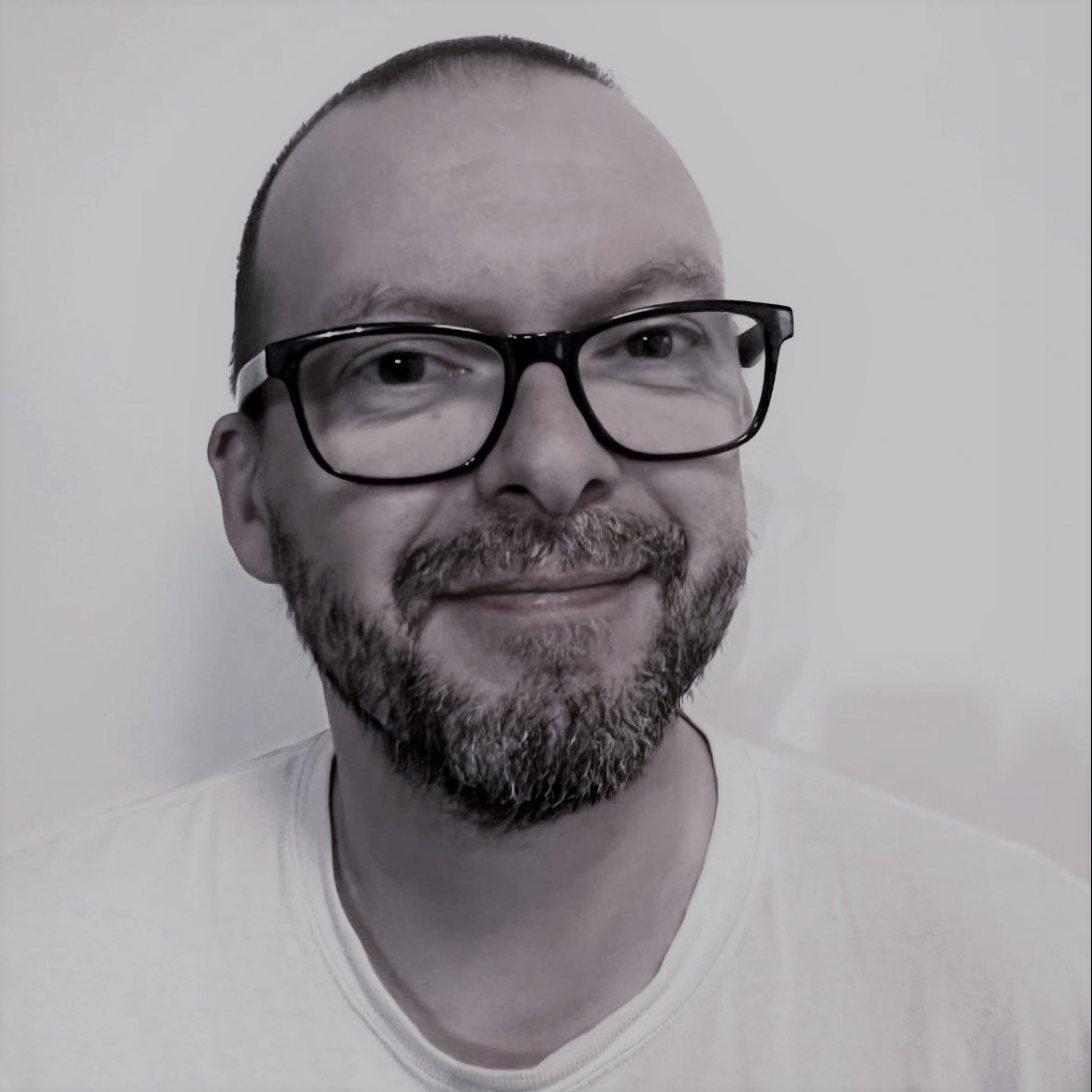 After a long career in information management and research in his native UK, Andy relocated to Finland in 2018. He co-founded Raina in 2019, alongside Finnish production companies Tuffi Films & Aamu Film Company. Raina is a Helsinki-based company offering a professional, dedicated and tailored festival strategy & distribution service for high-quality documentary & short films from around the world. In just three years, Raina’s films have been selected for over 300 festivals including Locarno, International Film Festival Rotterdam, Clermont-Ferrand & Tribeca. Andy is Head of Distribution handling Raina’s relationships with festivals & filmmakers. 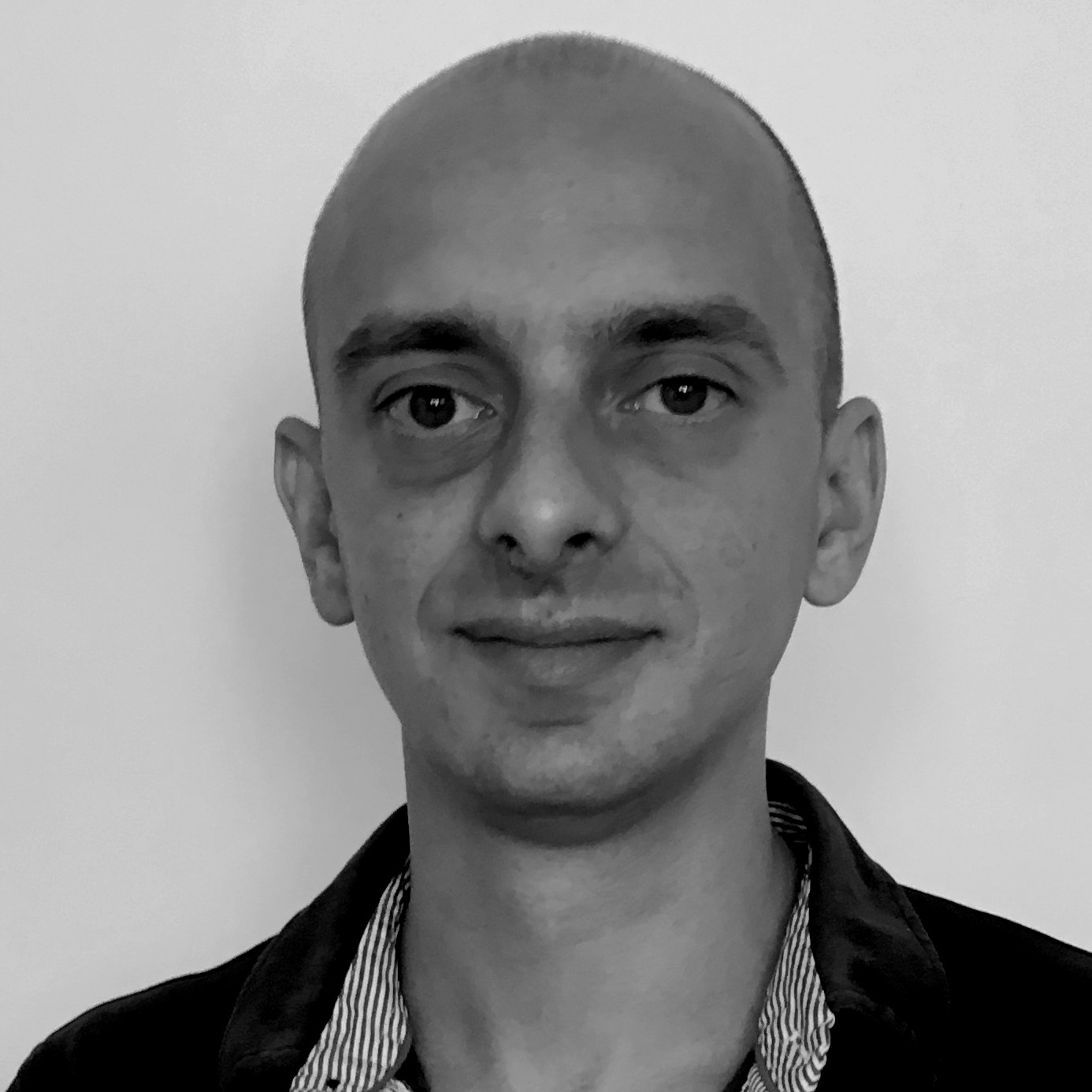 Versatile producer, sales agent and distributor. He’s based in Brussels where he studied film editing at the Rits School of Arts. He is the founder of two companies: the production company Bekke Films and Radiator IP Sales with which he represents distributes and sells a total of 200 short films and several feature films to date. The films have been selected and awarded at multiple international film festivals, including Berlinale, Cannes, Clermont-Ferrand, Sundance, SXSW, Locarno, Venice, Member of European Film Academy and Berlinale Talents alumni. 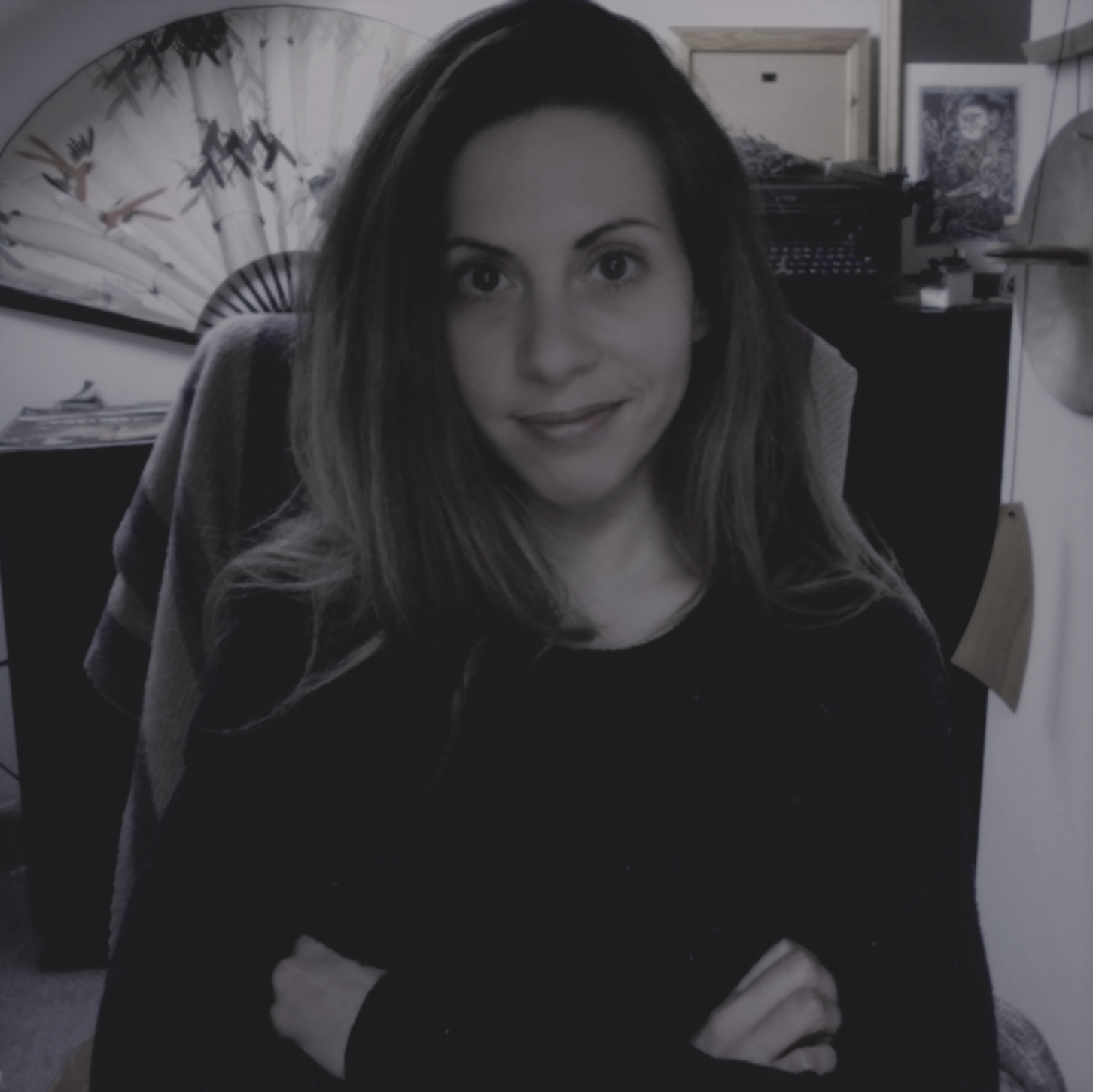 Carla Vulpiani – (b. 1989 – Adriatic coast) Lives in Italy and Ireland. Alongside degrees, in Cultural Studies and in Documentary Practice in Milan she started her career as a festival programmer and co-artistic director at Milano Film Festival. Producer for the Dubliner animation studio and maps and plans, she works as Sales Agent for Short Films for Varicoloured Holistic Film Agency and is an advisor of programmes for TSFM and Venice International Film Festival – Orizzonti Short Film Competition. 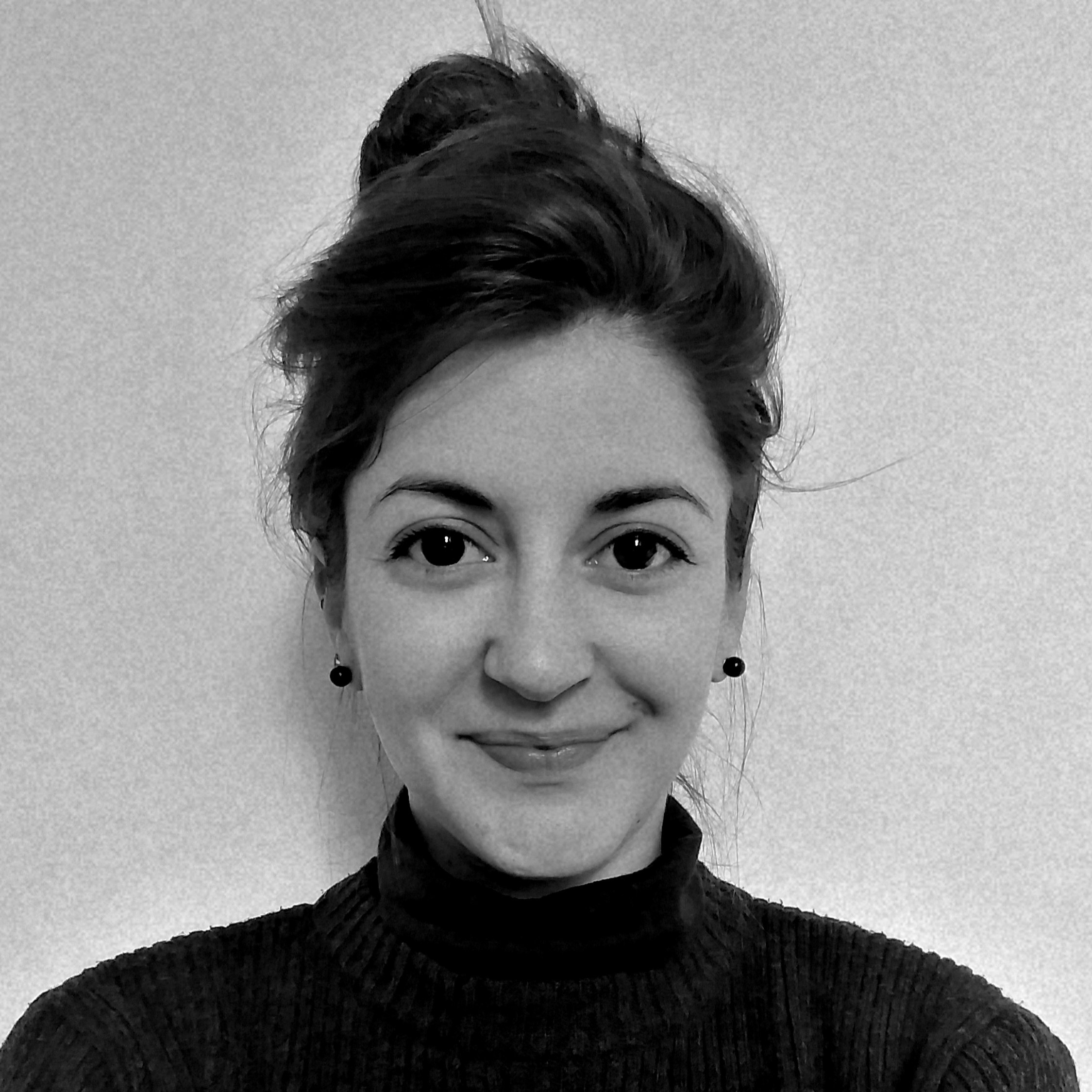 Eugénie, based in Marseille (France) is a freelance event manager. Part of the team funder, she’s running Talents and Short Film Market from its first edition, since 2021 she’s been TSFM Managing Director. In the past years, she has collaborated in the management of several cinema and music events in Italy and abroad. 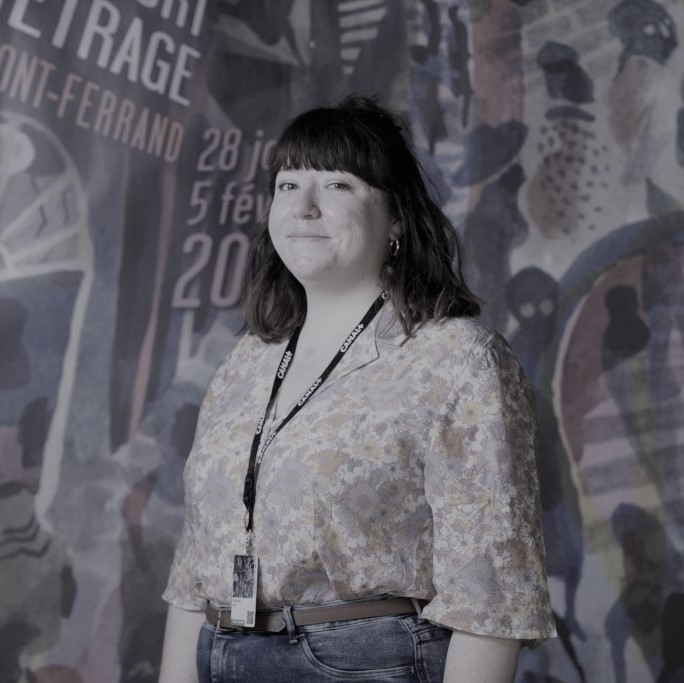 Julie Rousson holds a Master’s degree in cultural project production, with a master’s thesis about the impact of the Internet and numeric revolution on the short film industry. She permanently joins Sauve Qui Peut le Court Métrage, the association behind the Clermont-Ferrand Int’ Short Film Festival, in 2015 after several years of working on punctual missions. She is a member of the International competition selection committee. She coordinates the Pop-Up section dedicated to new fiction models, the industry events at the Short Film Market (including coproduction forum Euro Connection) and the relation with administrative institutions. She is a board member of the Short Film Conference. 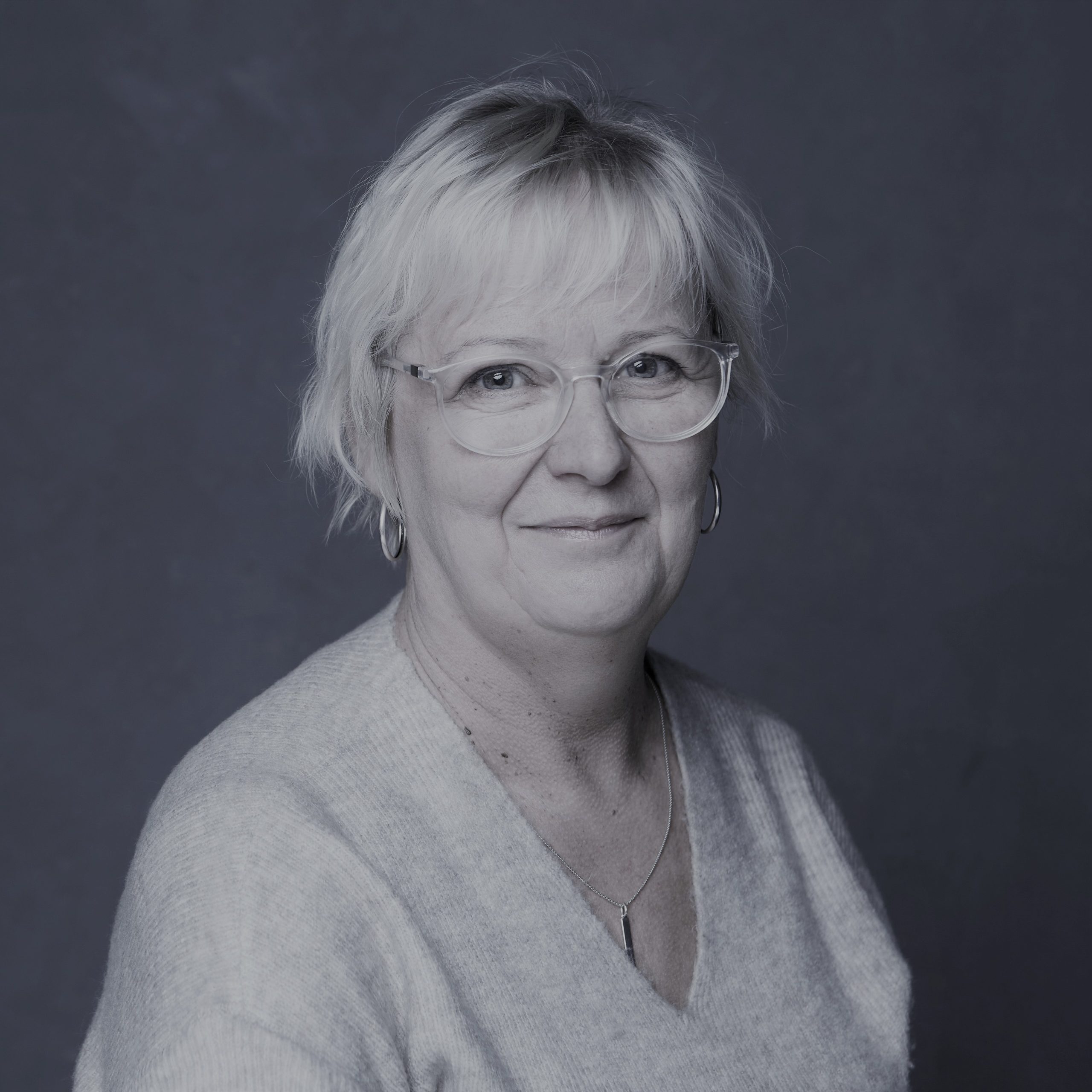 Sari Volanen is a commissioning editor at Yle (Finnish Broadcasting company). She works at Yle’s  Film Team producing short films mainly with Finnish independent filmmakers and producers.  She is in charge of a strand called “New Cinema” on the Yle Teema channel. The main focus of New Cinema is on cinematic, surprising, original and quirky short films. The films in the strand are acquired through co-productions (main producer Finnish), prebuys (international) and acquisitions. 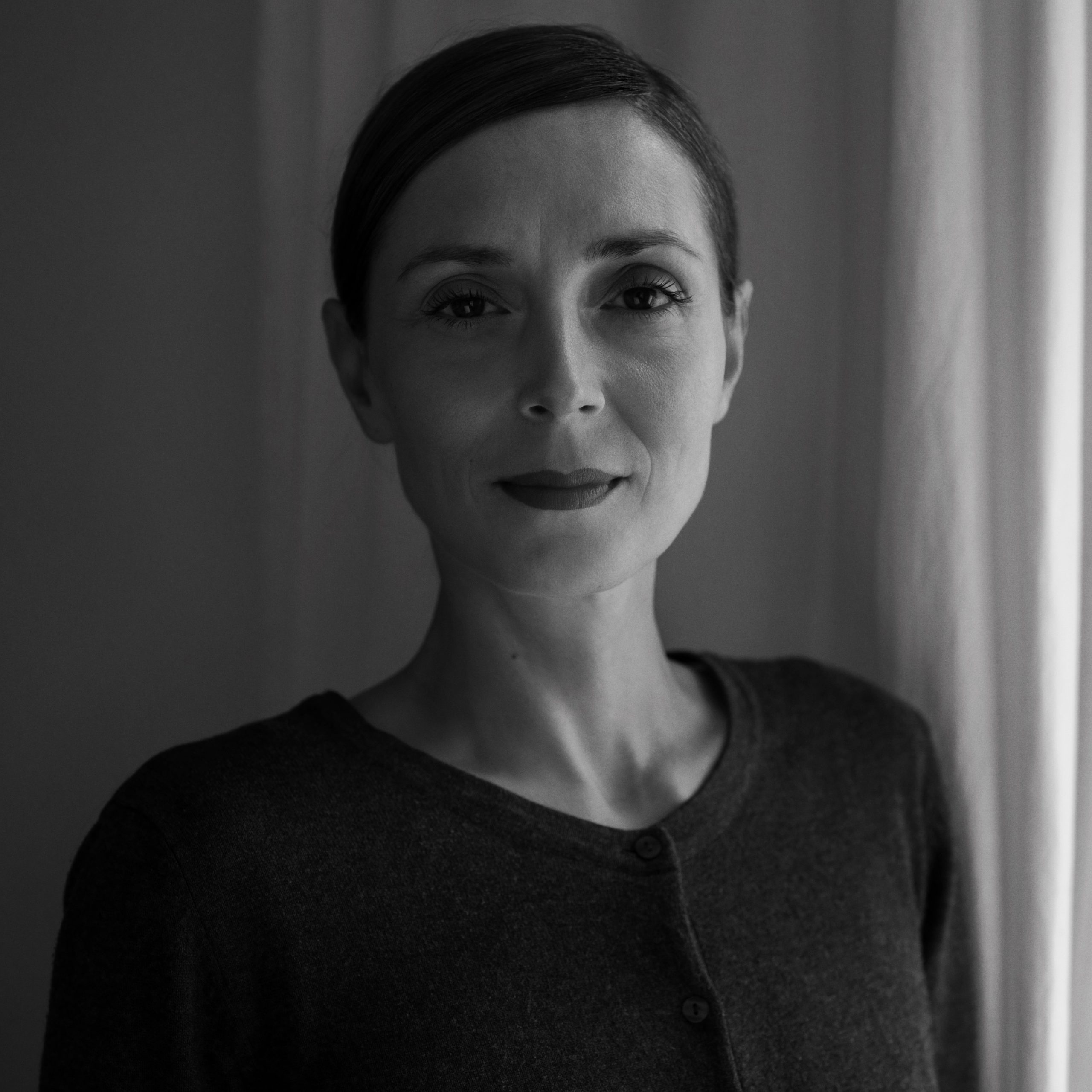 Vanya Rainova entered the world of filmmaking as co-writer and producer of PRIDE (2013, 30’, BG/ DE), which won the Grand Prix at the Clermont-Ferrand International Short Film Festival and was nominated for the European Film Awards. Since then, she has written and/or produced several award-winning shorts and documentaries, which competed in some of the world’s most prestigious festivals, including Locarno, Rotterdam, IDFA, DokLeipzig, HotDocs, Vision du Reel, and many others.  She recently produced Andrey Paounov’s debut fiction feature, JANUARY (2021, 110’, BG/PT/LUX), which premiered in competition at Tallinn Black Nights 2021, and is in post-production with Venci Kostov’s feature debut LIUBEN (ES/BG) and Yana Titova’s second feature, DYAD. Vanya holds an MFA in creative writing from The University of San Francisco. She attended Torino Film Lab’s Script Lab (2016, 2021) and is a graduate of Eurodoc (2015), EAVE (2016), MIDPOINT (2019) and Biennale College Cinema (2021). 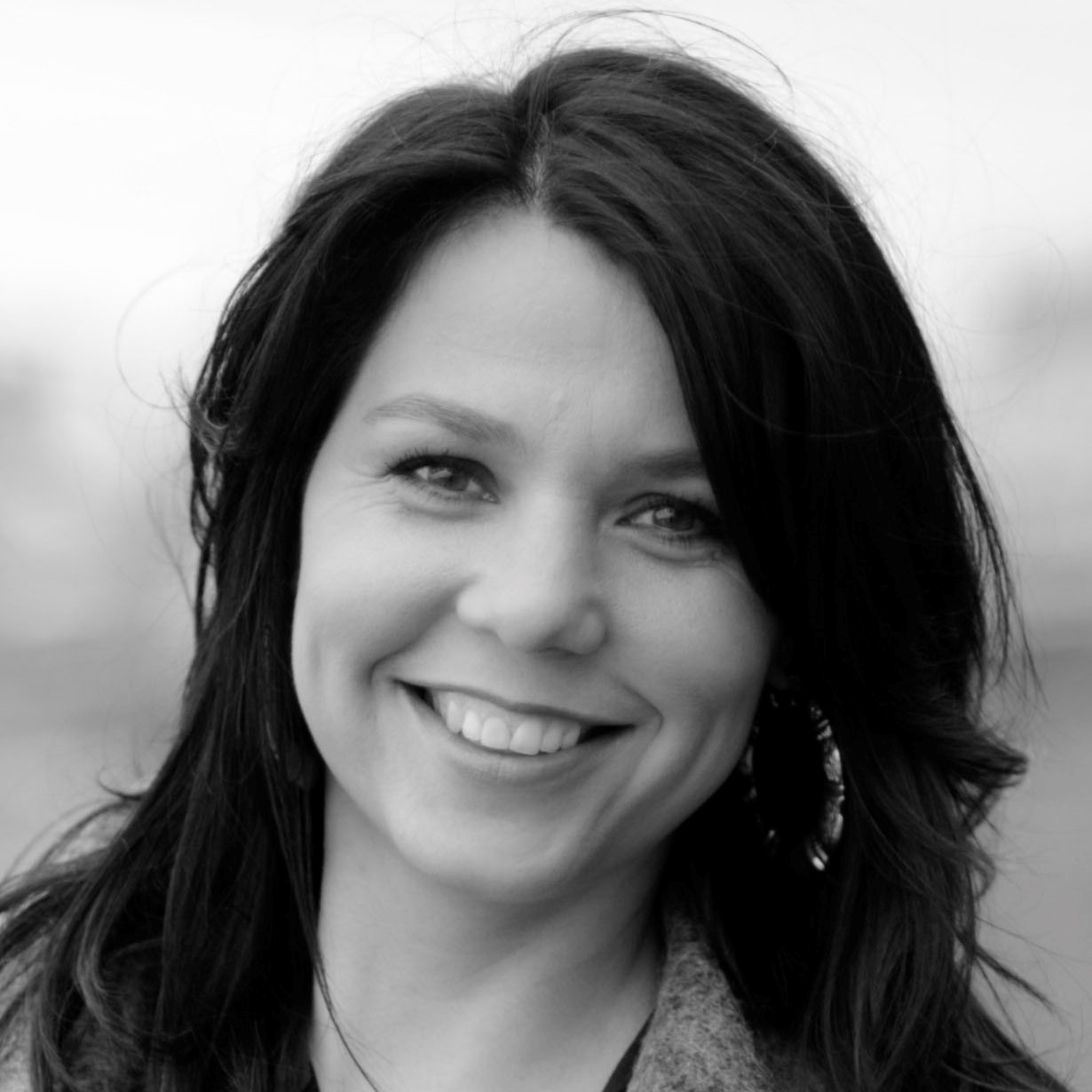 Born in 1978, Aija Bērziņa started out in film as Assistant Director back in 2001, having had her education at European Film College in Ebeltoft, Denmark, and the Latvian Academy of Culture in Riga. In 2011 she founded her own company “Tasse Film”, which focuses on producing high quality fiction films. Since 2014 Aija is also the first chair of the Film Council in Latvia, and since 2013 – president of the Film Producers Association of Latvia. In 2014 Aija founded the Riga International Film Festival. 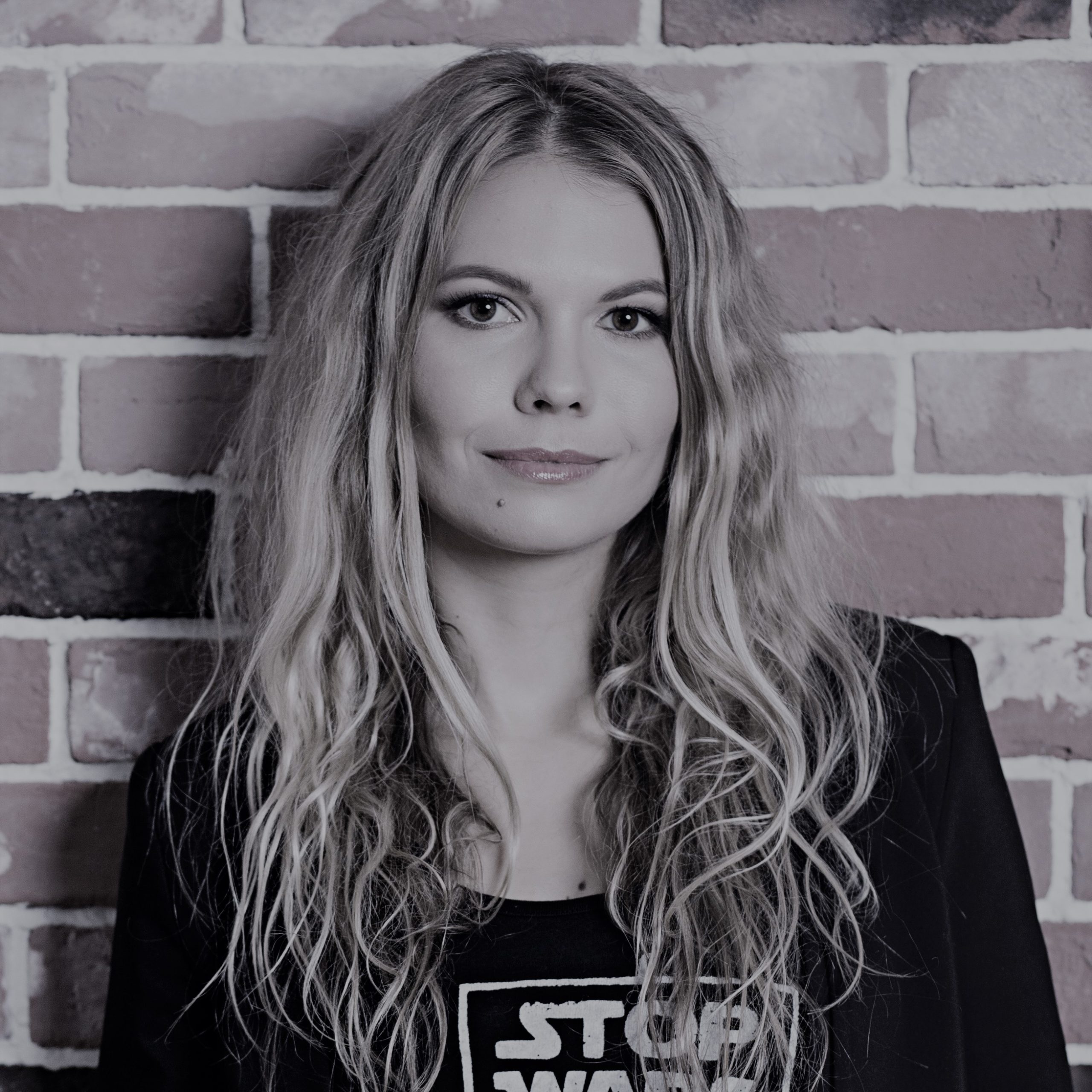 Marianne Ostrat is the founder of production companies Alexandra Film and Fork Film. She is active in the field of fiction, documentary and animation. Her debut fiction feature The End of the Chain premiered at the Karlovy Vary IFF in 2017. She co-produced a Swedish animated short Amalimbo, that premiered at the Venice IFF and was nominated for the European Film Award. In 2017 she released Tanno Mee’s short film Helen’s Birthday and in 2019 his next short New Beginnings – both nominated for the Estonian Film & TV Award (EFTA). In 2021 she released her second fiction feature Kids of the Night, which received 7 EFTA nominations. Marianne teaches producing at BFM for KinoEyes The European Film Masters MA and at the Estonian Academy of Arts Animation Department. 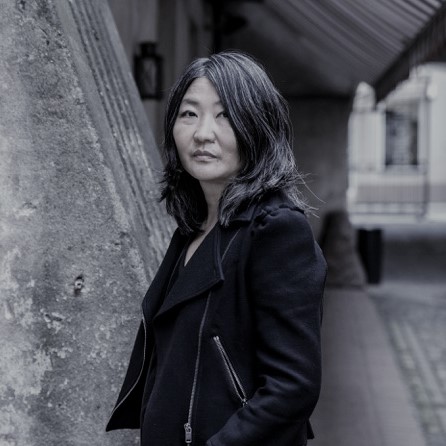 Uljana Kim graduated from the Institute of Cinematography in Moscow (VGIK) in 1993 and is a film critic by education. She founded Studio Uljana Kim in 1997 and has produced since then thirty one feature and documentary films. Most of them premiered at the most important international film festivals and others were successful at the domestic box office. The company’s goal is to produce & co-produce high quality art-house films intended for a worldwide audience.