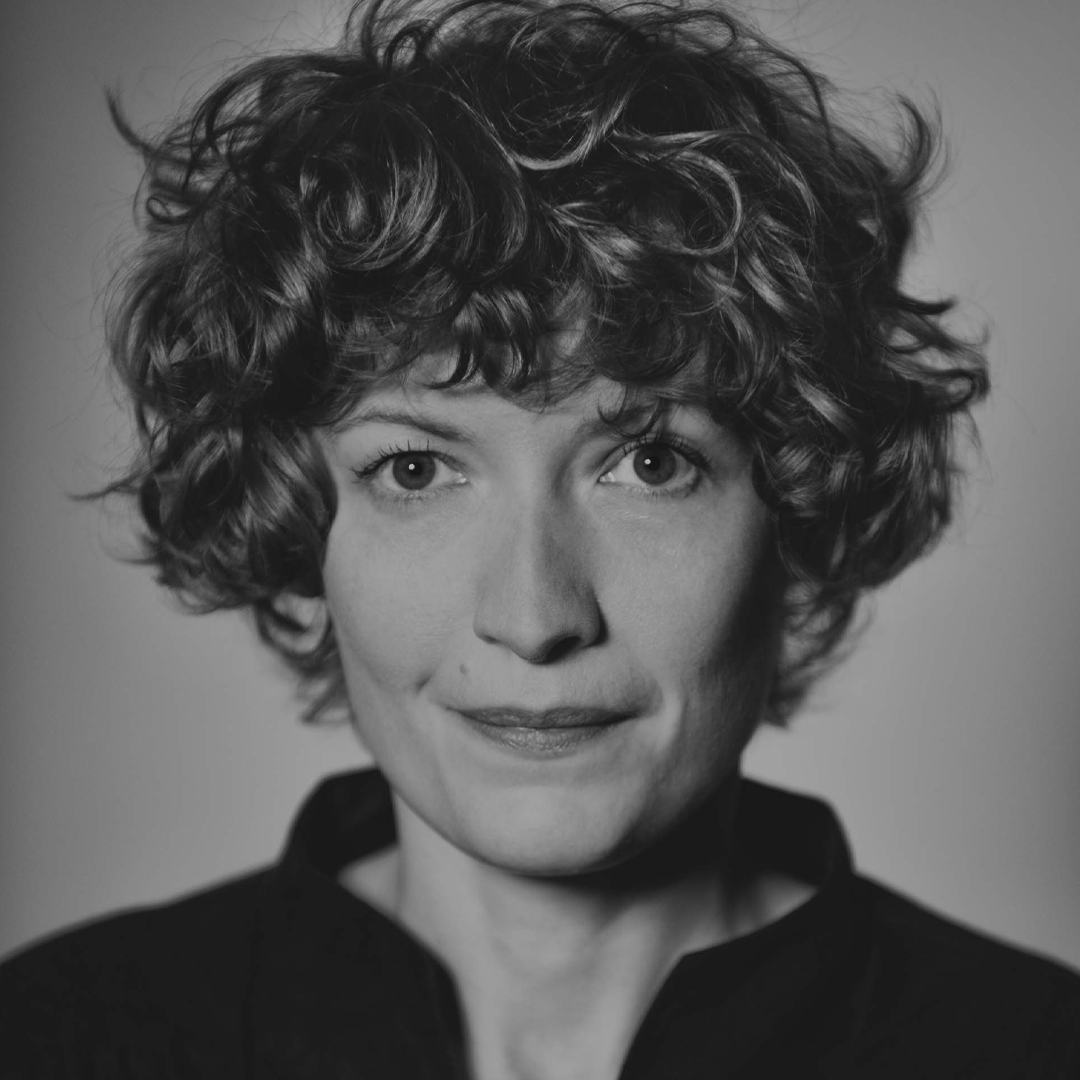 Anna Bielak is a Head of Development at Aurum Film (“Leave No Traces”, “The King of Warsaw”). She also runs script workshops and develops her own projects. She graduated in Film Studies from Jagiellonian University in Krakow and has participated in a number of workshops for script consultants and writers, including Midpoint Training the Trainers as well as Feature Launch programs and Script Circle and Six Days of Practice led by Francoise von Roy and Franz Rodenkirchen and finally LIM – Less is More under the supervision of Séverine Cornamusaz.

A co-founder of Script Atelier – Polish-language development workshops. For two years (2017-2019) she was also an Artistic Director of Script Fiesta – a festival for upcoming and professional scriptwriters organized by the Warsaw Film School, where she had hold scriptwriting classes. She has consulted short scripts for stop motion animators thanks to invitation given by the ANIMARKT Stop Motion Forum. She has collaborated with TVN on the original feature tv film projects and currently writes two animated feature scripts. 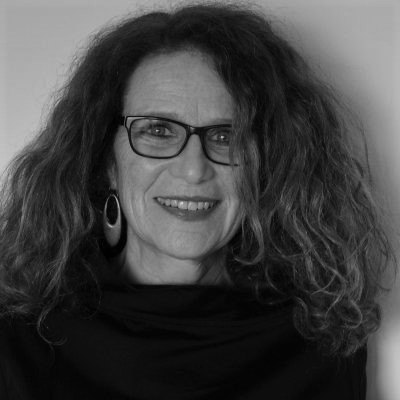 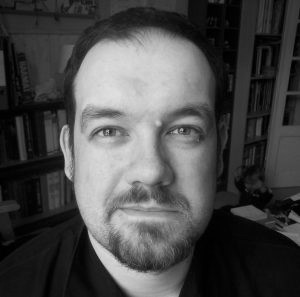 Laurence Boyce was born in Leeds, UK and gained a BA on Film and Literature from the University of Warwick. He began his career in 1999 as a programmer and moderator for the Leeds International Film Festival (where he still advises to this day) and also spent time as the director of GLIMMER: Hull International Short Film Festival. He relocated to Tallinn, Estonia in 2010 and currently works for the Black Nights Film Festival, an A-List festival. He works as both a programmer for the festival’s main competitions as well being the head of programme (Live Action) for PÖFF Shorts, the short film section of the festival.

Laurence is also an award winning film journalist and critic who has written for numerous publications amongst them Screen International, Variety, Sight and Sound, The Guardian, Cineuropa, Little White Lies and many others. He is a member of FIPRESCI (The International Federation of Film Critics), the London Critics Circle, the European Film Academy and the British Academy of Film and Television Arts (BAFTA). He is currently the chairman of the board of the Short Film Conference, a network of short film organisations from across the globe. 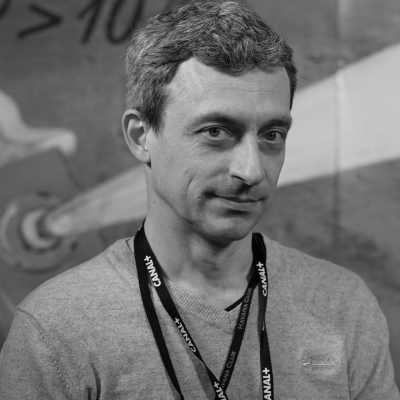 Laurent Crouzeix is on the Executive team of the Clermont-Ferrand Short Film Festival and Short Film Market. He is Coordinator of Euro Connection co-production forum that has seen over 110 projects to completion so far. Laurent also designs various targeted industry meetings about the development, production, or distribution of short films. He is Project Manager for Shortfilmdepot.com platform, which he started developing in 2004 together with Roger Gonin. Laurent is Senior Film Programmer at Clermont-Ferrand ISFF and a regular expert at international industry events. Laurent’s debut stop motion short Amerigo and the New World, co-directed with Luis Briceño, was released in 2019. 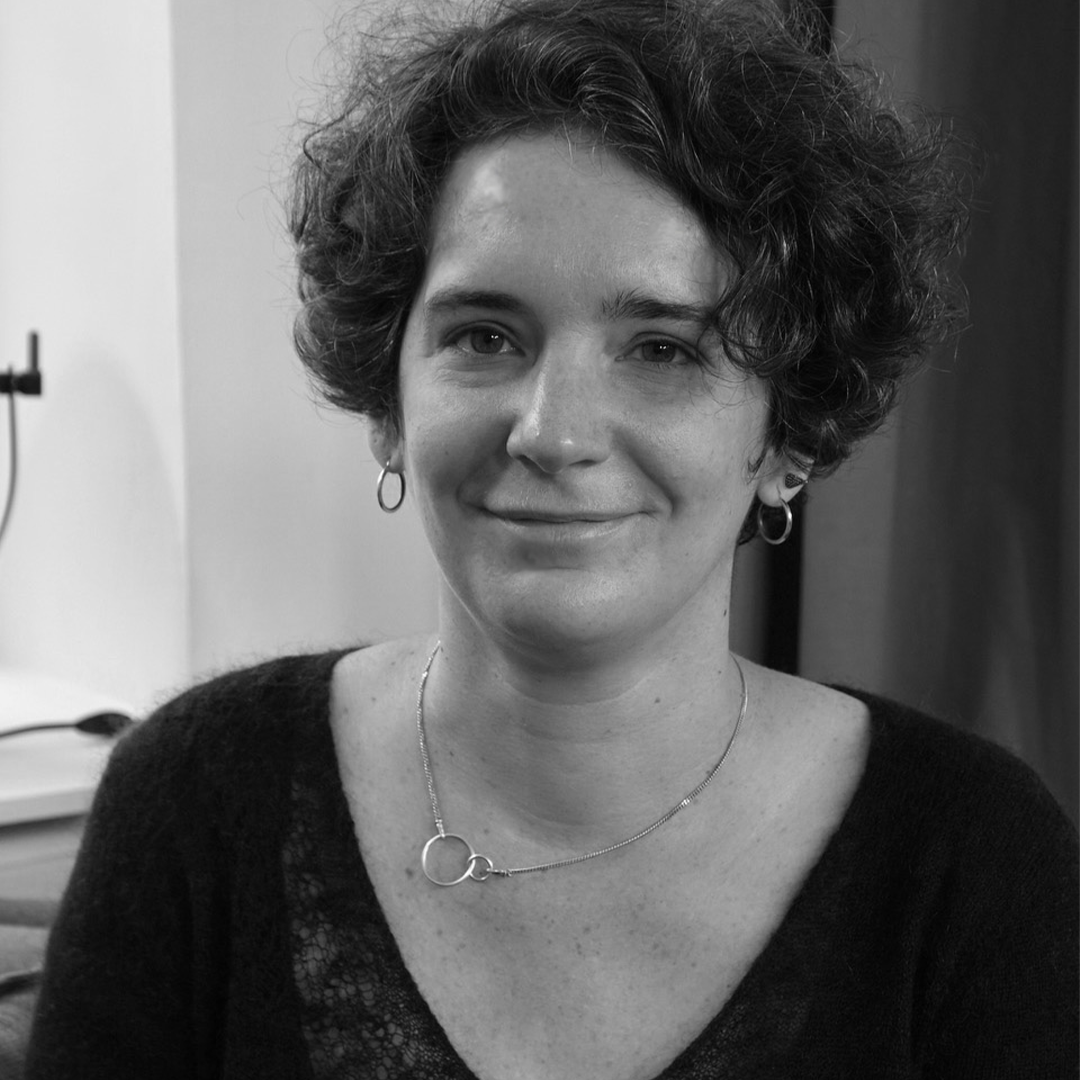 Born in 1981, Emilie Dubois graduated from Louis Lumière Film School in 2007. Since then, she has produced more than 40 short films, from drama to comedy and horror, including a lot of international coproductions. She just joined Insolence Productions. Their first feature Jumbo by Zoé Wittock premiered in Sundance 2020 and won the Gild Filmmpreiz at the Berlinale. Selective filmography: 37°4 S by Adriano Valerio (Special Jury Mention in Cannes 2013, David di Donatello for Best Short Film); Kapitalistis by Pablo Muñoz Gomez (awarded in Locarno 2017, nominated for the Magritte and the César); Ice by Anna Hints (Estonian Film and Television Award for Best Short Film 2018); The Van by Erenik Beqiri (Cannes Official competition 2019, Oscar shortlist). 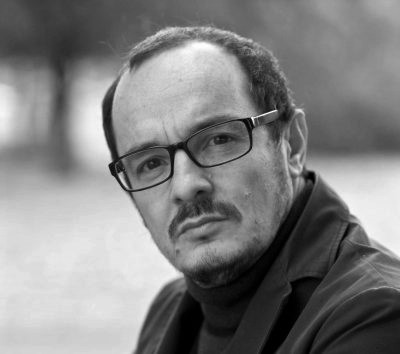 Director, writer and producer. In 2004 he made his first documentary Adisa or a thousand years story distributed all over the world. In 2009 he completed his first film “Sàmara” worldwide released by Whiterose. In 2010 he finished the documentary Shadows Light. In 2011 he realized The Rebels!. Since 2016 he has been working on Bosnia Express released by Rai Com and Luce. He is currently working on “Mirages” co-written with M. Nardulli. As a writer, he released his first novel Tempo imperfetto in 2016. For years he has been a professor of film and documentary direction at the Film School of the Foundry of the Arts in Rome. In 2020, in collaboration with Massimiliano Nardulli and Enrico Vannucci, he created TSFM Word-Frame, a laboratory for storytelling and scriptwriting for Italian and European short films. Since 2014 he has been collaborating with the weekly magazine Left for which he writes articles on literature and cinema. 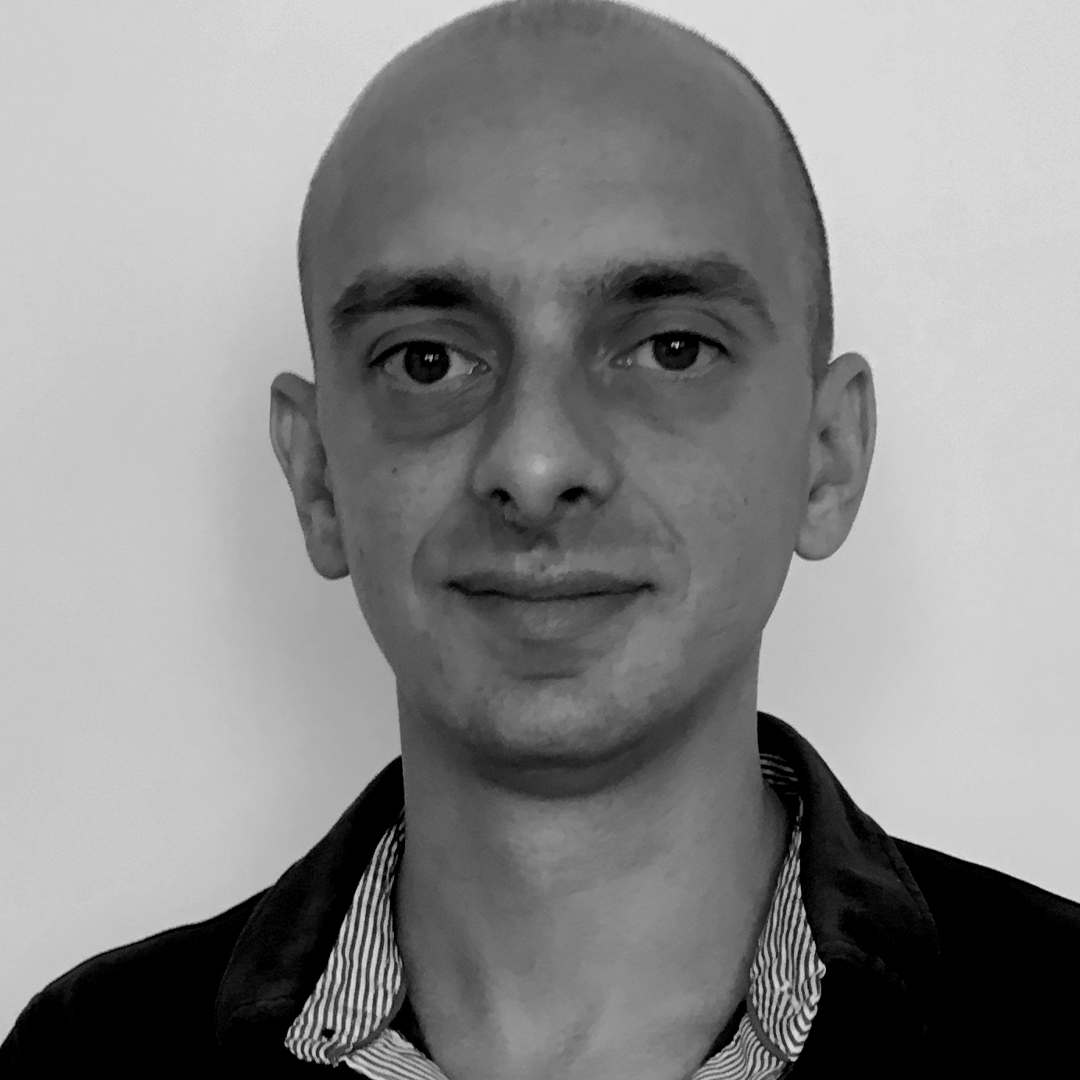 Versatile producer, sales agent and distributor. He’s based in Brussels where he studied film editing at the Rits School of Arts. He is the founder of two companies: the production company Bekke Films and Radiator IP Sales with which he represents, distributes and sells a total of 100 short films and several feature films to date. The films have been selected and awarded at multiple international film festivals, including Berlinale, Cannes, Clermont-Ferrand, Sundance, SXSW, Locarno, Venice, and others. Alumni from Berlinale Talents, Zurich Masterclass and member of European Film Academy. 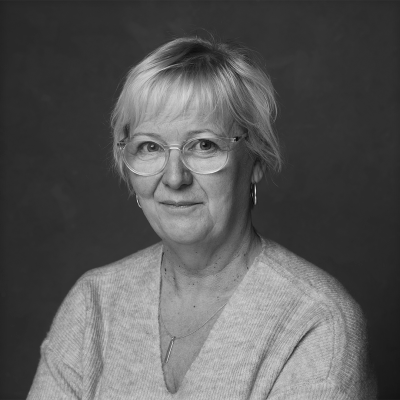 Sari Volanen is a commissioning editor at Yle (Finnish Broadcasting company). She works at YLE’s Film Team producing short films mainly with Finnish independent film makers and producers.  She is in charge of a strand called “New Cinema” on Yle Teema channel. New Cinema is an open-end strand on Tuesdays at 23.00. The main focus of New Cinema is on cinematic, surprising, original and quirky films. The films in the strand are acquired through co-productions (main producer Finnish), prebuys (international) and acquisitions. 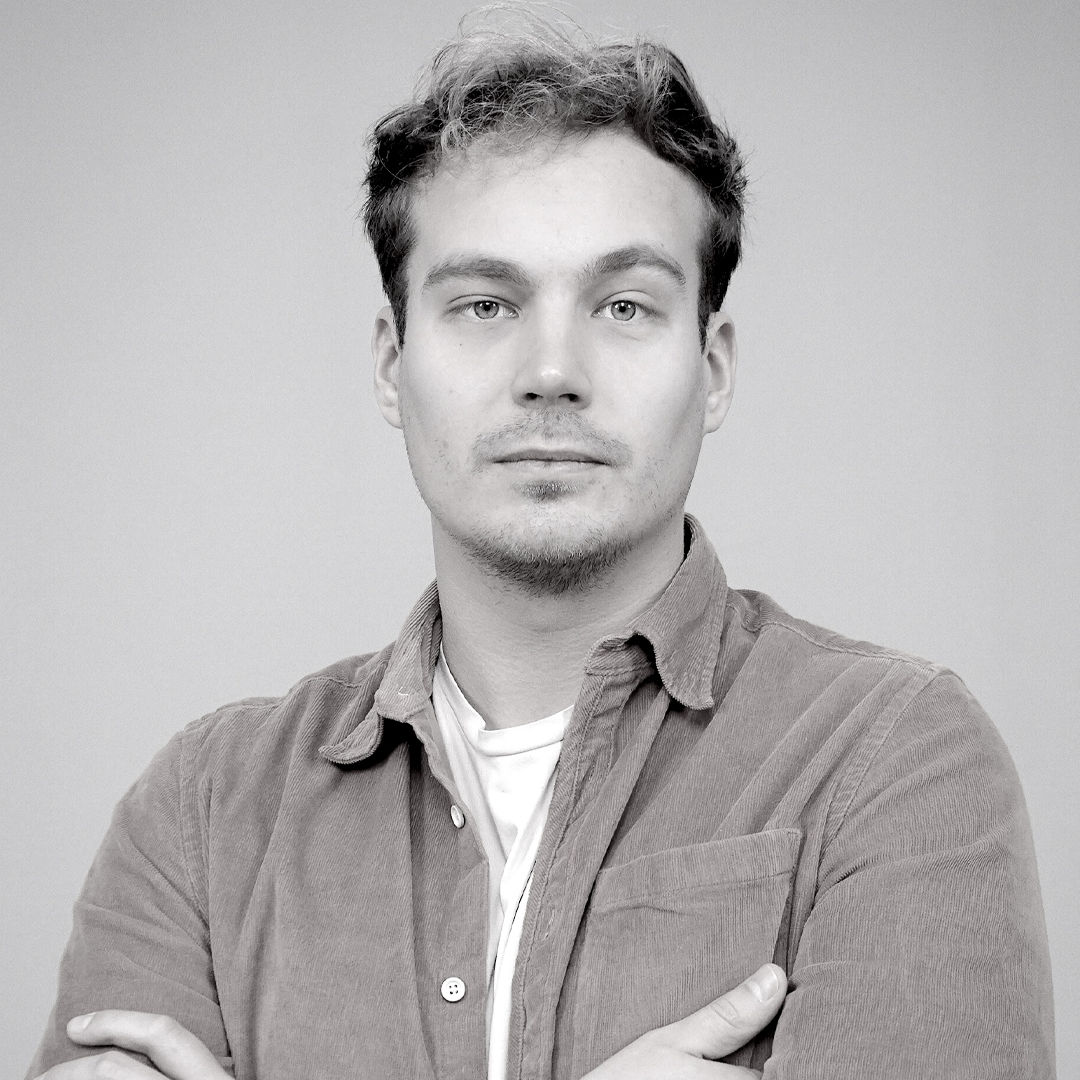 Andreas Kask joined Nafta Films in 2014 and has since worked as a Producer, Associate Producer and Co-Producer on several productions. During his years at the production company he has also worked on developing Nafta’s strategies on Marketing and International Relations. For the past two years he has been the Head of Development in the company’s film department, overseeing the creative process of all of Nafta’s feature films, short films and co-productions.

Nafta Films was founded in 2009, and has become one of the largest production companies in the Baltic region, producing audiovisual content of all forms: films, TV productions and commercials. Nafta’s most recent feature — a World War II spy thriller “O2”/“Dawn of War” premiered theatrically in October 2020. Nafta is currently in production with a feature film “Totally Boss” and in post-production with a 3-part feature film series “Melchior the Apothecary” and a short film “Heiki on the other side”. In 2019 Nafta finished filming the war drama “Erna at War” in Estonia in co-operation with the Danish production house Nimbus Film. Nafta’s most recent co-production “Conference” premiered at Venice Film Festival in 2020. 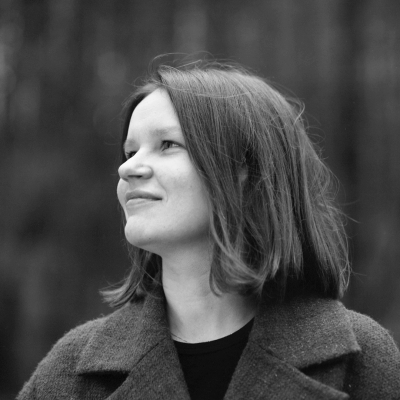 Lithuanian film producer Marija Razgutė has been running a film production company M-Films since 2008. Meanwhile she has produced films such as RUNNER (2021), NOVA LITUANIA (2019), SUMMER SURVIVORS (2018), THE SAINT (2016). Marija works with the most talented new generation of filmmakers such as Marija Kavtaradze, Andrius Blaževičius, Vytautas Katkus, Karolis Kaupinis and Ignas Meilūnas.

Since 2011 Marija Razgutė is an active member of Independent Producers Association of Lithuania. Marija is also a graduate of EAVE Producers Workshop 2016, Producer on the move 2020, ACE Producers 2020. She is a member of European Film Academy since 2015 and EWA Network since 2018, a host at Pop Up Film Residency Vilnius since 2020. Marija Razgutė has become a Producer Tutor for Midpoint Shorts program since 2019. 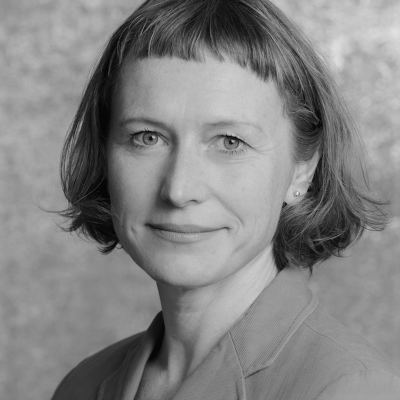 Ieva Ūbele joined audio-visual industry in 2006 and over the 15 years has produced more than 20 audio-visual projects, focusing on documentary films on social and environmental issues. She has worked as a photo editor of several award-winning photography albums and scriptwriter and off-line editor for social documentaries and environmental films. Her most well-known projects are homo@lv (2010, dir. Kaspars Goba), the first documentary from Latvia ever screened at the Berlin International Film Festival, and Inga Can Hear (2018, dir. Kaspars Goba), which had its international premiere in Hot Docs 2019. In 2019 she established her own production company Baltic Balkan Productions and spends her time between Latvia and Balkan region where she works as Head of Industry at Beldocs IDFF (Serbia).