A cat named Schrödinger leads a carefree life with his human. The only hint that the world extends the safety of their small apartment is the view from the window. Every day, Schrödinger sees a girl in an apartment across doing her chores and waving to the cat when their eyes meet. When Schrödinger sleeps, fantastic visions of mystical jungles and strange creatures visit him. The cat’s realities become shattered when one day he finds himself alone in their home. The friendly apartment becomes a prison, grief and fear overtake the cat. Is there a way out of the box? And if so, where does it lead? At the saddest time, the prospect of a new box may seem very soothing. 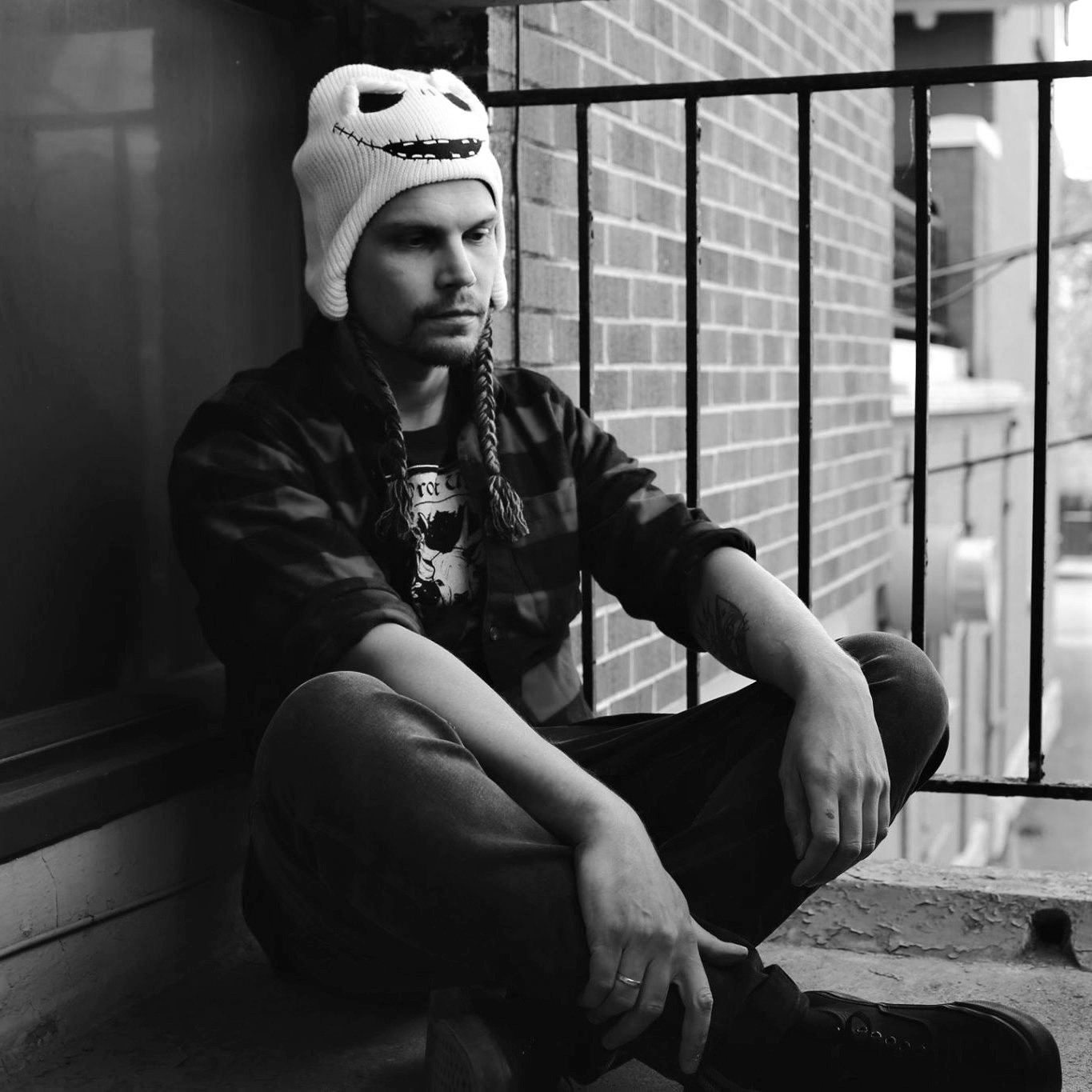 Sergei Kibus (1987) is an animation director, writer, and cinematographer. In May 2019, Sergei received the upcoming young talent award for his short animation „Teofrastus“ at Zlin Film Festival. “Teofrastus” has been screened at around 30 international film festivals and has won 15 awards, including best film for children at Fredrikstad Animation Festival and Animateka, and special mention at Ottawa International Animation Festival. Sergei´s next film “Schrödinger”, which is in late development, will be a spiritual successor to “Teofrastus”. In addition to filmmaking, Sergei teaches animation in the Estonian Academy of Arts. Currently, he is also acquiring his master’s degree in Asian Studies, with research focus on artistic animation of China. 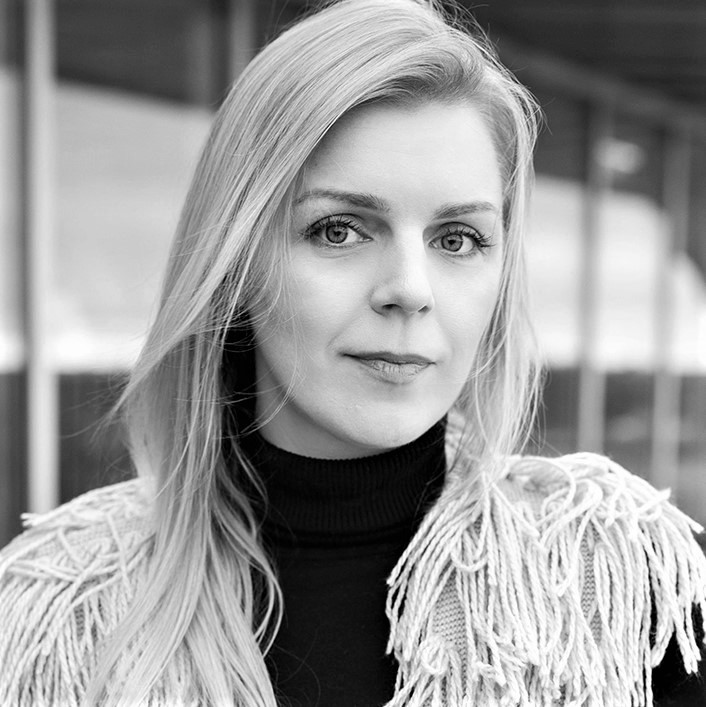 Kadriann Kibus (1979) is an Estonian film producer, director, and anthropologist (MA). She runs the film studio Rebel Frame that focuses on animated film and documentary production. Currently, Kadriann is developing two animated short films: “Schrödinger” (by Sergei Kibus) and “Tuljak” (by Riho Unt), and is in production with her documentary feature “A Fight for Future”. Since 2001, she has worked on several documentary films as a director, producer, or editor. Kadriann is a member of the Estonian Documentary Guild and the Estonian Filmmakers Association.

The soviet apartment building, where 16-year-old physics prodigy Christine lives, is sinking. When a large crack appears on its facade, a house meeting is called. Christine’s father attends the meeting; her grandmother next door stays home to watch the Moscow Victory Day Parade on TV. While neighbors are busy arguing about the existence of the crack and Christine is in her room solving physics equations, grandmother’s cats disappear. “A Crack” offers a glimpse into parallel worlds within one building. 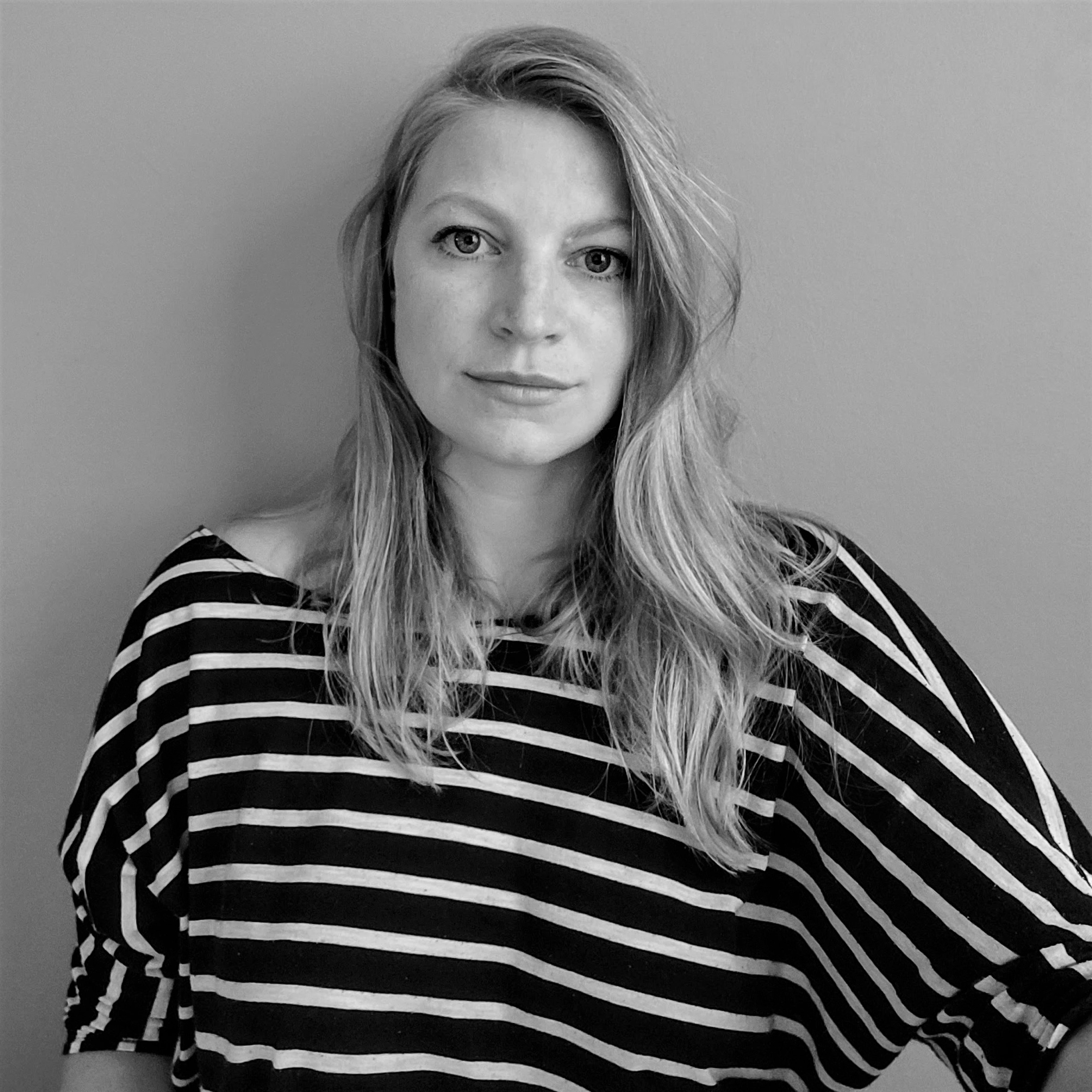 Ieva Norvele graduated Baltic Film and Media School, later spent several years working in film and TV productions in Czech Republic, Slovakia and Hungary. After moving back to Latvia, Ieva studied film directing in Latvian Academy of Culture. Couple of short student films written and directed by Ieva have been nominated for Latvia’s national film awards. Currently she has finished working on a Slovak-Hungarian dance feature film “Bunker” as a co-writer and is now focused on developing a couple of her own short film projects. 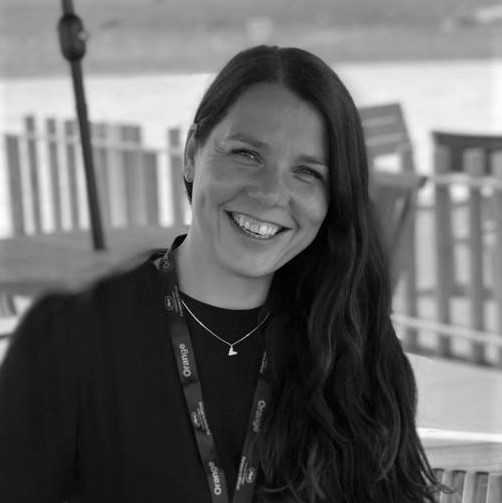 Aija Bērziņa has graduated European Film College in Ebeltoft, Denmark, and the Latvian Academy of Culture in Riga. Her first film as producer was the daring documentary by Ivars Zviedris – “Documentarian” (VFS Films, 2012) which was awarded Latvia’s national award for the best film and premiered at Dok Leipzig. Her next – and the first from the company TASSE FILM founded by her – Renars Vimba feature fiction “Mellow Mud” (2016). Premiered at the Berlinale, it won a Crystal Bear for best film in the Generation 14plus program. Her latest productions include titles like “Oleg” by Juris Kursietis and Finish co-production “Dogs don’t wear pants” both selected for Quinzaine, Cannes 2019.

Charlotte is a loving wife and mom, although her husband has a bit of a temper, life is pretty good. One day she meets a charming, nice man named John, who she is deeply smitten by, and they start an affair. Only thing is, John looks exactly like her husband. 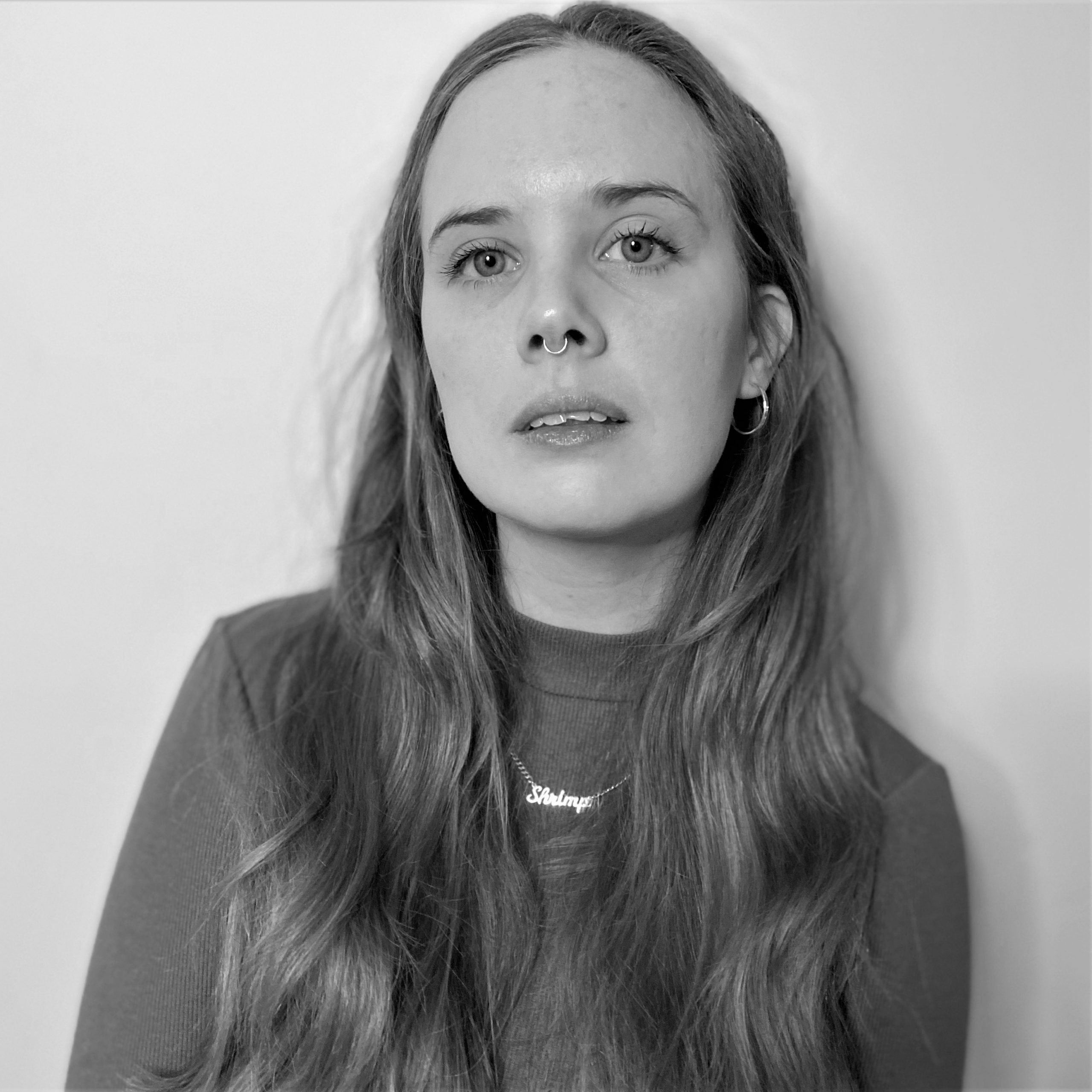 My name is Linn and I was born in Stockholm. I studied screenwriting at the New York Film Academy in Los Angeles but now I’m back home in Sweden again. I love the woods and water and like to play with nature as a character in my filmmaking. I love world building and enjoy working with strange sounds and music to create a heightened tone.

When Surya, a teenage rag-picker girl, finds a discarded photo camera in a vast garbage dump yard of Delhi, she tries to secretly document the world of poverty and patriarchy she lives in. Hoping for a better future, Surya’s father Ram Kumar arranges her marriage to a wealthier man, however the groom demands a dowry, which is beyond the father’s financial reach. As he desperately tries to arrange for the dowry, Ram Kumar reaches a solution that forces Surya to turn the photo camera from a tool of self-expression into a weapon of self-defense.

Stellar Film is a production company based in Tallinn, Estonia. It was established in 2015 by producer Evelin Penttilä. It currently employs 4 people full time. We in Stellar like working with films that are mixing dynamic original ideas with clear artistic and commercial core. We aim at bringing Estonian talent to the world, but also participating in intriguing international films. Stellar is producing original content as well as collaborating in international productions. 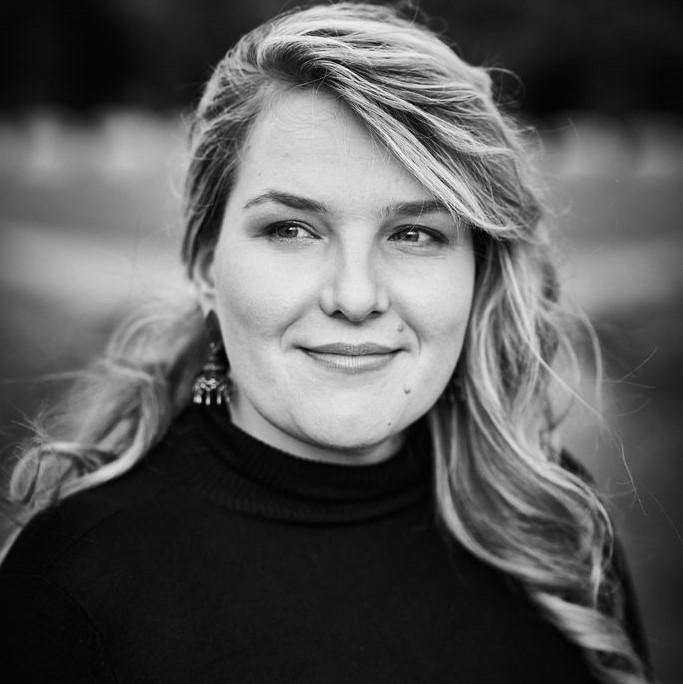 Anna Hints is an Estonian film director, scriptwriter and composer. She has studied Estonian and Comparative Literature and Folklore and has a degree both in Photography and Film Directing. Her student film “Free World” brought her Kaljo Kiisa named Young Filmmaker Award and Best National short Film award at Black Nights Film Festival. So far, her most renown film is a short fiction “Ice” which has participated in more than 90 film festivals and won 14 awards, including Best Short Film Award at Estonian Film and Television Awards in 2018. Anna is part of female music trio Eeter that was nominated for The Best Composer Award at Estonian Film and Television Awards in 2019. 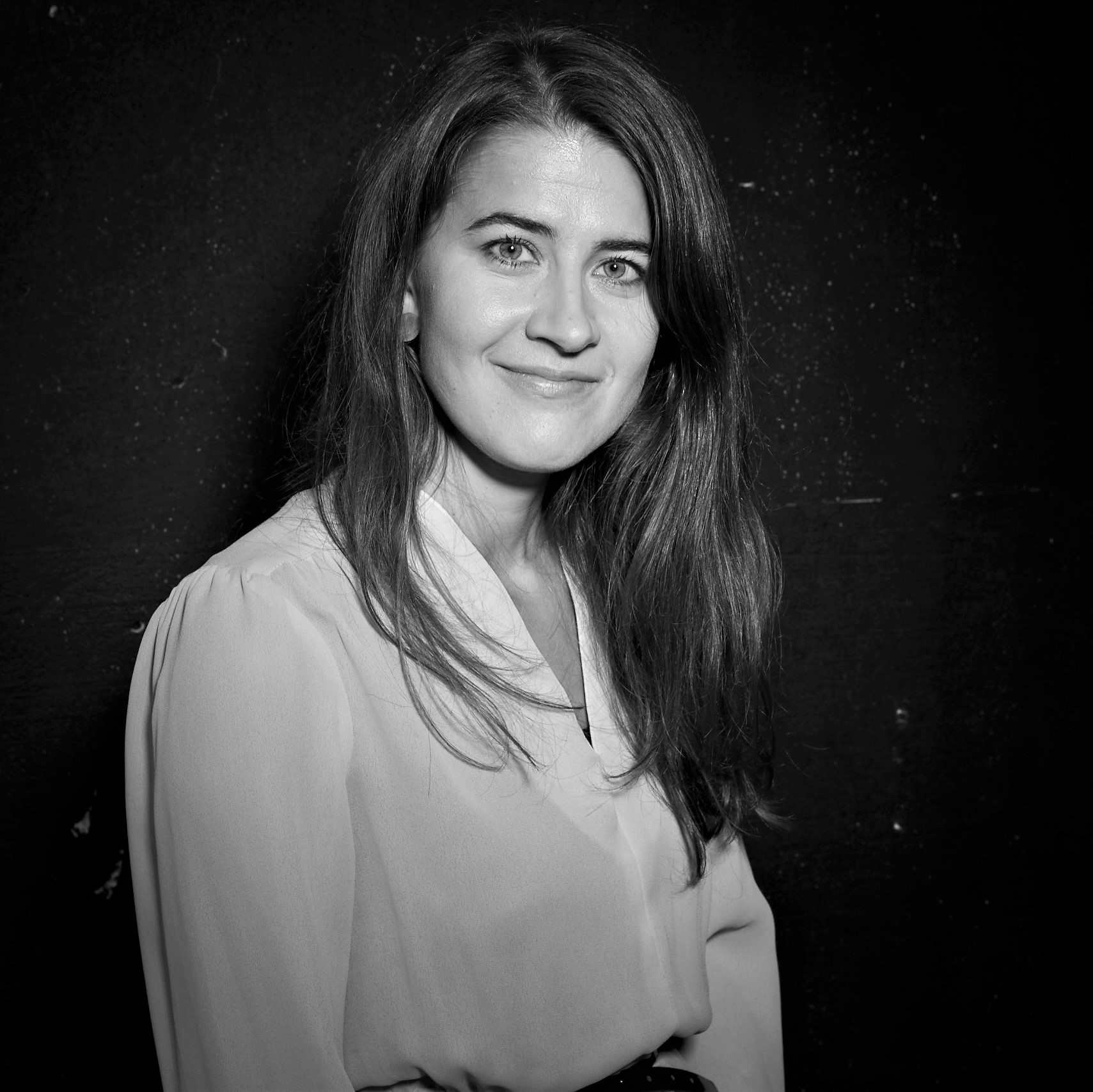 Evelin Penttilä has received a BA in international relations and political theory and a MA in TV production. She has also received a MEGA Plus diploma from the Media Business School in 2009, is part of alumni of EAVE, Nipkow and ACE networks. In 2015, Evelin started her own production company Stellar Film. Evelin has produced and co-produced 10 feature films, her filmography includes among others youth film and mini-series Zero Point (sold to Netflix, premiere in Shanghai IFF 2015) and short film Bad Hair (directed by Oskar Lehemaa), that has been selected to more than 50 film festivals over the world, including Sundance, Fantastic Fest and Fantasia among others. 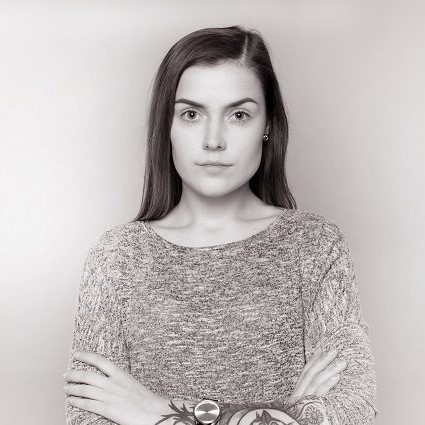 Johanna Maria Paulson is an Estonian film producer and script editor who graduated in 2017 from Baltic Film, Media and Arts School in the Film Arts curriculum, specializing in film production. Her portfolio includes award-winning short films and documentaries, her first feature film as a junior producer (THE SLEEPING BEAST, dir. Jaak Kilmi) is currently in post production. Currently she is working at Stellar Film, an acknowledged Estonian film and TV production company, is a member of Estonian Filmmakers Union and a board member of Estonian Screenwriters Guild.

A retired set designer Juozapas (83) brings his wife Genovaite (83) to an exact recreation of their first flat, where they moved in as a young family in 1964. Genovaite suffers from an advanced stage of Alzheimer’s and her fading memory keeps clinging to that moment from Juozapas has two lethal doses of morphine – one for her, one for himself. As they are living their last moments in the recreated room from the past, the memories blend with the present in Genovaite’s fading mind. The fiction starts to blend with reality, and she reveals a secret kept for decades. Before meeting Juozapas she worked for the KGB and marrying him was part of her mission. As a reward for such commitment, she got this flat to start a beautiful family as an undercover agent.

VšĮ MIŠKE has over 10 years’ experience implementing different theatre, music, film, fashion and photography projects. Liucina’s international experience provides opportunities to assess the relevance of this project in the European context, to look for new aspects of cooperation between different fields and cultures by bringing young creators together. This would be a third project working together with director Kristijonas Dirsė focusing on nostalgic memories and echoes from the past.

Born in Vilnius (Lithuania) in 1992, Kristijonas is an audiovisual artist, filmmaker and photographer. In his work he combines music and sonic art with the visual expression in narrative and non-narrative films, photography and audiovisual installations. Music plays a major role in his storytelling. It is particularly present in his collaborations with a Lithuanian composer Dominykas Digimas. Their recent work “Why Does This Appear” explores the question of the subjectivity in memories, as well as the docu-fiction storytelling in a silent music film form. 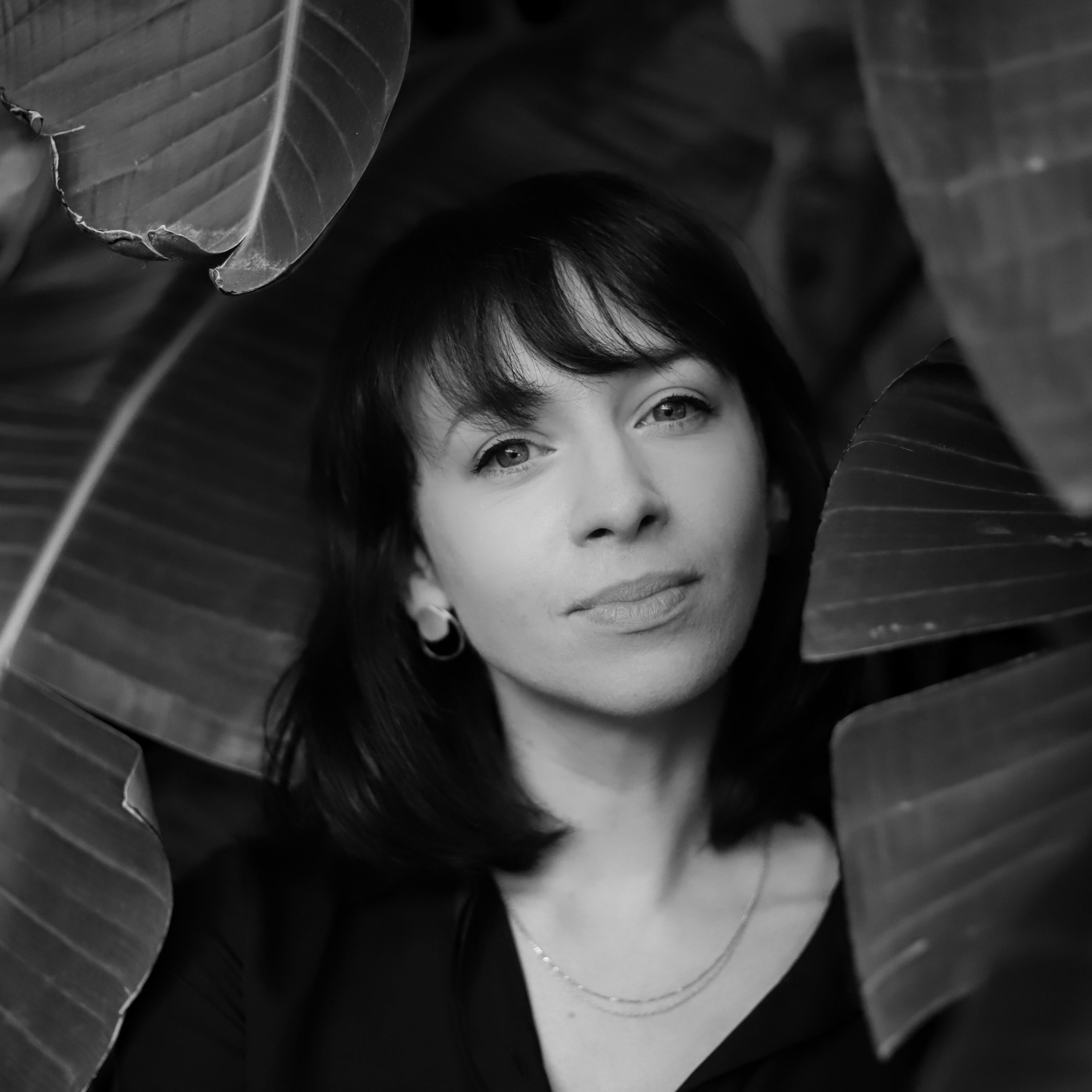 Liucina Mackialo – project manager and producer (acting as VšĮ MIŠKE) who has over 10 years’ experience implementing different theatre, music, film, fashion and photography projects. Liucina’s international experience provides opportunities to assess the relevance of this project in the European context, to look for new aspects of cooperation between different fields and cultures by bringing young creators together. This would be a third project working together with director Kristijonas Dirsė focusing on nostalgic memories and echoes from the past.